The difficulty in teaching this subject lies in the prejudices still found among some people in the UK, especially among some religious groups, who may have negative attitudes towards homosexuality. Using a combination of well-researched accounts and primary evidence can help pupils to understand the extreme consequences to which such attitudes sometimes lead.

The Nazi persecution of Jews is rightly familiar to secondary-age children. But Hitler’s ‘racial state’ also turned the apparatus of state oppression against other sections of society – those that did not contribute to ‘the strengthening of the National Community’. Along with vulnerable groups such as people with physical and learning disabilities, the Nazis had a particular hatred for male homosexuals, not least because they were unlikely to contribute to the high birth rate required to expand the Nazi’s Aryan population. The exact number of gay men murdered by the Nazis, either directly or in the camps, is unclear, but it amounted to thousands, perhaps even hundreds of thousands. Gay women were not persecuted to the same extent, partly because of the subordinate role of women in the Nazi state, and as such they could still, in theory, provide the state with children. 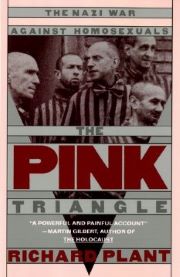 The Pink Triangle: The Nazi War Against Homosexuals

This book is named after the patch that homosexuals were forced to wear on their prison uniform to denote their ‘crime’. It is a thorough and established classic on the subject, and sees gay German exile Richard Plant detail the breath-taking inhumanity of the Nazis and their persecution of homosexuals. Using diaries and documents, interviews and letters, Plant illustrates the experiences and attitudes of both perpetrators and victims. The book feels more relevant than ever, with attitudes sympathetic to Nazi prejudices now resurgent in far-right parties and even within some governments.
Find this book 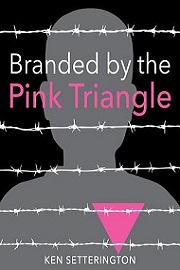 Branded by the Pink Triangle

This accessible, highly readable young-adult book begins in the pre-Nazi era, when Berlin was considered the gay capital of the world. This liberal acceptance rapidly vanished with the rise of the Nazis. As well as detailing the horrific persecution and imprisonment of gay people inside Germany, Setterington considers Nazi eugenics policies and the treatment of gay people in conquered territories. The book also contains first-person accounts and many fascinating illustrations.
Find this book 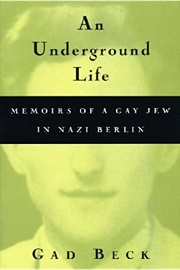 An Underground Life: Memoirs of a Gay Jew in Nazi Berlin

Originally published in German, this extraordinary true story was described by the Washington Post as ‘reading like a spy novel’. Gad Beck survived the Nazi era, tirelessly helping fellow Jews and homosexuals in hiding with extraordinary chutzpah and luck. The content is graphic in parts so a careful reading would be necessary before considering its use as classroom material.
Find this book 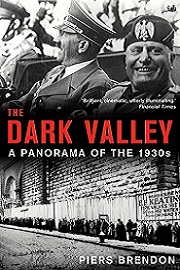 The Dark Valley: A Panorama of the 1930s

For a general and accessible account on how the Nazis transformed German society in the 1930s, the chapter ‘The Nazis in Power’ in this classic work is a good place to start. It details the imposition and establishment of a cruel and bizarre totalitarian society.
Find this book 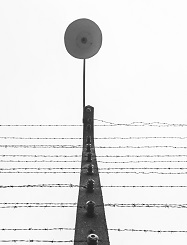 Nazis: A Warning from History - The Gestapo

This clip explains how the Gestapo worked, with a real-life example of how it prosecuted a woman on the accusation of being a lesbian.
Watch this clip

Lesbianism, Transvestitism, and the Nazi State: A Microhistory of a Gestapo Investigation, 1939–1943 by Laurie Marhoefer, published by The American Historical Review (Oxford University Press), (2016) Read this article
The Enemy Within: Homosexuality in the Third Reich, 1933–1945 (From Constructing the Past, Vol 2, Issue 1) by by Eliot H. Boden in published by https://digitalcommons.iwu.edu/ (online article), published by Illinois Wesleyan State University, (2011) Read this article
Paul Dowswell writes award-winning historical fiction. His novel Auslander, about an orphaned Polish boy adopted by Nazis on the strength of his ‘Aryan’ appearance, sold throughout the world. Paul gives talks and workshops in schools across the UK and abroad, and is a visiting professor at Manchester Metropolitan University.