The cruelty of the Nazi regime is extraordinary to the point of disbelief. Despite this, the regime still exerts powerful influence over a section of the population. In this age of ‘fake news’, when the President of the United States deliberately encourages scepticism of reputable news outlets, and the internet and social media have become fertile grounds for both extreme right-wing propaganda and bizarre conspiracy theories, it is vital that school-aged children have a clear understanding of the consequences of political extremism.

So much has been written about the Holocaust – primarily, and rightly, from the perspective of the Jewish people – but the systematic extermination of people with physical and learning disabilities (‘life unworthy of life’ in Nazi terminology) is often overlooked. It is estimated that 300,000 people, including 70,000 children, were murdered under this Aktion T4 policy. It is also an uncomfortable fact that many of the ideas that prompted the policy originated in the UK and America, and had widespread support in those countries during the interwar years. The information within these books will prepare you for teaching this challenging but valuable topic with confidence. 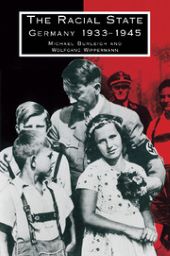 Burleigh’s extraordinary book is a thorough and accessible introduction to the Nazis' mission to organise their vision of a homogenous national community. To achieve this, they used what they called ‘Racial Science’, and the mass murder of psychiatric patients and those with physical and learning disabilities. They justified their actions on the grounds that the full resources of the state could then be concentrated on waging war. The authors introduce the reader to the full extent of heartless Nazi slogans and terminology – where the most vulnerable people are ‘useless eaters’ and ‘an assemblage of malfunctioning parts’. The chilling saying often quoted to medical staff who took part in so-called ‘mercy killings’ was ‘where there is no feeling, there can be no pity.
Find this book 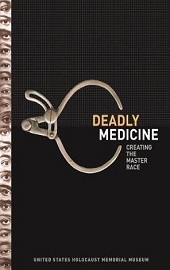 This well designed, illustrated book was produced by the United States Holocaust Memorial Museum. It covers the whole range of the Nazi Lebensborn philosophy, including the SS breeding program and the forced sterilisation of ‘undesirables’. There is also a whole section on the Aktion T4, with photographs and illustrations of the ‘special hospitals’ and their gas chambers, as well as Nazi propaganda posters designed to prepare the German people for the extermination of their most vulnerable citizens. One poster, showing a doctor in a white coat standing behind a man with a disability, reads ‘60,000 Reichmarks is what this hereditarily ill person will cost the national community over the course of his life. Citizen, this is also your money!’ Another illustration from a school text book shows an eagle with a prey animal and features the slogan: ‘Eradication of the sick and weak in nature: whatever does not meet the challenges of existence will be destroyed.
Find this book 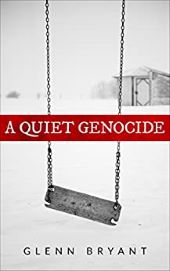 The Nazis: A Warning From History

This gripping book tells the story of the rise and fall of the Third Reich. Rees, a documentary-maker, met and interviewed a large number of former Nazis, and the book contains eye-witness accounts of life under Hitler at every level of society. Rees’ book was published to coincide with his powerful 1997 BBC documentary series of the same title. Chapter 2, Chaos and Consent – The Nazi Rule in Germany, is a succinct and accessible introduction, explaining how a cultured European nation could descend into such breath-taking inhumanity. The T4 Euthanasia policy is central to the chapter. Episode 2 of the TV series covers the same ground and would be a useful audio-visual accompaniment to the topic.
Find this book 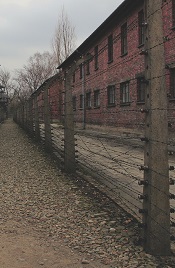 Nazis: A Warning from History - Disability in Nazi Germany

A chilling recount of how disability was perceived in Nazi Germany, with a real-life example testimony.
Watch this clip

The Origins of Nazi Genocide: From Euthanasia to the Final Solution by Henry Friedlander, published by University North Carolina, (1997), 9780807846759 Find this book
Auslander by Paul Dowswell, published by Bloomsbury, (2010), 9780747594192 Find this book
Death And Deliverance: Euthanasia in Germany 1900–1945 by Michael Burleigh, published by Pan, (2002), 9780330488396 Find this book
Paul Dowswell writes award-winning historical fiction. His novel Auslander, about an orphaned Polish boy adopted by Nazis on the strength of his ‘Aryan’ appearance, sold throughout the world. Paul gives talks and workshops in schools across the UK and abroad, and is a visiting professor at Manchester Metropolitan University.