Until recently, Labour women politicians were largely absent from the history bookshelves. This was for two main reasons. Firstly, political historians focused on male rather than female politicians. There are plenty of biographies of powerful Labour men, e.g. Aneurin Bevan, Clement Attlee, Ernest Bevin, Herbert Morrison and Harold Wilson, but few about, for example, the first woman cabinet minister, Margaret Bondfield. Secondly, women’s historical writing concentrated on women who were not in the public eye, rather than those in high politics. There were only 11 women Labour cabinet ministers in the 20th century, six of them appointed by Tony Blair at the very end of the century. Yet these few women played an important role in shaping the laws of Britain: they reformed the educational system; they brought in equal pay; they made driving safer; and they created a fairer international system. Attention should and must be paid, I believe, to these splendid pioneers.

Women in the Cabinet 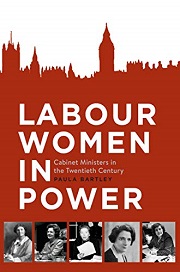 Labour Women in Power: Cabinet Ministers in the Twentieth Century

I wrote this book because there was so little written on Labour women in politics, especially those who held powerful positions. I was surprised to discover that only five women were appointed to Labour cabinets before Tony Blair became Prime Minister: Margaret Bondfield, Ellen Wilkinson, Barbara Castle, Judith Hart and Shirley Williams. The book is the first collective study of women cabinet ministers appointed before 1997. In my book, I show how all of these women functioned in a ‘man’s world’, how they all experienced sexism in one form or another, and how they all contributed in some way to gender equality. Their physical appearance – rather than their policies and political philosophy – were always commented on. Nonetheless, these cabinet ministers achieved significant reforms. For example, Barbara Castle’s policies are still in place today: equal pay for women, seat belts, the breathalyser, the 70 mph speed limit and child benefits directly payable to mothers.
Find this book 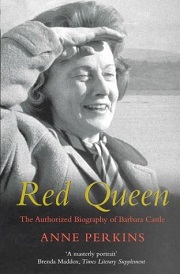 Before Margaret Thatcher came to prominence, Barbara Castle was expected to become Britain’s first female prime minister. Anne Perkins brings her experience as a political journalist, a lobby correspondent and a feature writer for the Guardian to write a lively, insightful and engaging biography of one of Labour’s leading figures. Undoubtedly, Perkins captures her subject’s character: rebellious parliamentarian; loyal and hardworking cabinet minister in four separate ministries; glittering ‘champagne socialist’; captivating speaker and incorrigible self-publicist. Perkins charts Castle’s remarkable journey from sales demonstrator to cabinet minister, from rebel left-winger to controversial trade union reformer; from campaigner against the Common Market to Member of the European Parliament. Barbara Castle, Perkins argues, was the most important female politician the Labour movement has produced. I really enjoyed this biography: one of Perkins’s many skills is weaving a personal and political narrative, and making complex political issues accessible to a general reader. This excellent biography is now out of print but it is still readily available.
Find this book 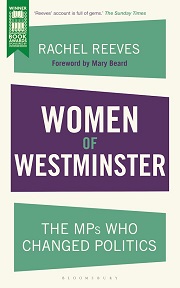 Women of Westminster: The MPs Who Changed Politics

In May 2010, Rachel Reeves was elected Labour MP for Leeds West. She therefore brings an insider’s view to her discussion of the 491 women elected to Parliament since 1918, when women were allowed to become MPs. Throughout the 20th century, women were seriously under-represented in Parliament: until the late 1980s they consisted of fewer than 5% of all MPs. There were so few of them that it became essential for their survival to work together. The first women Labour MPs (like Labour’s Ellen Wilkinson) worked with Conservatives (like Nancy Astor) to promote women’s equality. This continued throughout the century: in the late 1990s, women MPs worked across the benches to help to keep women safe from domestic violence. I particularly enjoyed Reeves’s accounts of more recent women MPs. The author is a brilliant interviewer, listening carefully when other MPs tell their stories and encouraging them to be honest about their experiences.
Find this book

The Women in the Room, Labour’s Forgotten History

Nan Sloane is a Labour Party activist and former Director of the Centre for Women and Democracy, an organisation which campaigns to increase women’s participation in politics. Sloane’s mission was to put women into Labour history, a task that she has achieved magnificently. Her book covers only a short period – from the Party’s foundation at the turn of the 20th century up to 1918 – but it contains an abundance of fascinating points which shake up conventional history. One example is Sloane’s chapter on the debate between adult and women’s suffrage. The Labour Party was the first political party to support votes for women – but only after a heated debate. Some feminists, such as Margaret Bondfield, favoured adult suffrage because they did not wish to campaign for a limited vote for a privileged group of women. Sloane examines debates like this in detail and offers a balanced view of those who were against votes for women.
Find this book