Key Stage 3 History topics are generally approached chronologically and this is an advantage for teaching the miners’ strike of 1984–5. Understanding the tensions between the Prime Minister Margaret Thatcher and the National Union of Miners requires an understanding of government, and of the limitations on the power of ministers in general and of the prime minister in particular. Pupils must also have some grasp of what unions are and of what they do. This sort of understanding comes when pupils are older – in Year 9 rather than Year 7 – which makes the end of Year 9 an ideal time to cover the miners’ strike.
We often teach the miners’ strike as a clash between these two powerful institutions. For example, one might use the iconic photograph of the mounted policeman about to assault a striking miner to address the role of the police. However, the complex situation requires a nuanced approach, including discussion of the destruction of whole communities, the lies and lasting hatreds on all sides and the divisions between families and neighbours. The titles given here consider the role of women, too often side-lined in school and academic texts. Some may be out of print, but they are available second hand or as eBooks. Additionally, if you live in an area once dominated by coal, do contact the record office for local publications, newspaper reports and posters. 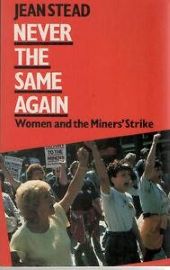 Never the Same Again: Women and the Miners’ Strike

Jean Stead reported on the strike as a Scottish correspondent for the Guardian newspaper. This is her immensely readable account of women’s part in the miners’ strike. The book starts with the chronology of the strike and in simplified form could be used to show the development of the women's emerging political consciousness, alongside their role in creating and running soup kitchens and food stores. The book is particularly strong on the ways in which Women Against Pit Closures challenged the male exclusiveness of the NUM, which grew into a national movement.
Find this book

A year of hardship 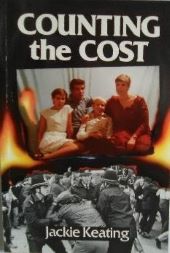 Counting the Cost: A Family in the Miners’ Strike

This book records the experience of a specific community, the mining village of Brampton, and the ways in which the villagers suffered after Cortonwood Colliery was closed down. The author lived through the strike in Brampton as a wife and mother and records of a year of terrible hardship experienced by one family during the miners’ strike. The descriptions of rallies, language and attitudes are revealing, as is the way in which women gradually became activists. In conjunction with Never the Same Again, this book provides specific examples that bring the timeline of the strike to life. Chapter 2 Survival ‘Selling the Furniture’ and Chapter 11 ‘Bitter Winter’ would be useful here.
Find this book 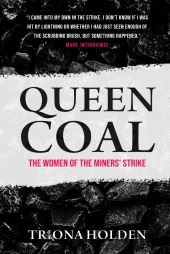 Queen Coal: The Women of the Miners’ Strike

Trioana Holden was a BBC correspondent who reported on the strike. Here, she revisits and interviews some of the women who became political activists in their own right following the miners’ strike. The book is full of the women's memories of the strike and what happened after it had ended. This would be useful for helping pupils to understand how distance from dramatic events enables participants to reflect on the part they played. What comes across very clearly is that, for many, the destruction of an old way of life created new possibilities, particularly for the women. Especially useful is the interview with Jackie Keating, the author of Counting the Cost, who says that the strike ‘woke her up’.
Find this book 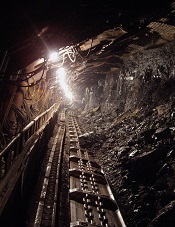 This clip explores how coal has been a primary source of energy in Scotland through the centuries.
Watch this clip

Justice Denied: Friends, Foes and the Miners’ Strike by David Allsop, Carol Stephenson and David Wray, published by The Merlin Press, (2017), 9780850367300 Find this book
We Struggled to Laugh by Barnsley Miners’ Wives Action Group, published by Sheffield Women’s Printing Co-op, (1987), 9780951213308 Find this book
Rosemary Rees is an experienced teacher of history to students in the secondary, further and higher sectors of education. She has worked as an examination-board administrator and a chief examiner, and served as a governor of a primary school and chair of governors of a comprehensive school. She now spends her time writing and editing text books for Key Stages 3, 4 and 5.