Women and activism in twentieth-century Britain

Women’s history in schools has been dominated by the campaign for the vote. However, the diversity of women’s activism is breathtaking, as these resources illustrate. Women have been involved in a wide range of political activities: from the grassroots through to the top-most level of government; from small pressure groups to mass movements; from single-issue campaigns to multi-layered programmes to change the world; from socialist women to those on the far-right; from local crusades through to international movements. It is a story of women from different classes, racial and ethnic groups and from various religious and non-religious affiliations. More recently, the Black Lives Matter movement has established the need to rewrite history, not only to retrieve the stories of BAME individuals but also to question the very nature of the British past. Britain in 1900 was a very different place from Britain a century later – many of the concerns of activists at the beginning of the century were quite different from those at its end. Moreover, two world wars and the vicissitudes of the 1930s depression changed the very nature of activism during these periods. Of course, women are not a homogenous group, and they were not all fighting for the same rights on the same ticket. Nevertheless, history shows continuity as well as change, and a number of themes and concerns are seen to develop through the century – equal opportunities, employment rights and parliamentary rights are examples of campaigns which broadened their scope and gathered momentum as the century progressed. 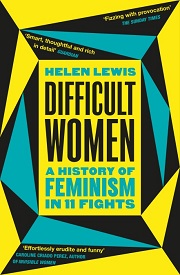 Difficult Women: a History of Feminism in 11 Fights

This is an exciting, lively and chatty book. It is a story of eleven ‘fights’ led by women to improve their lives. The book is divided into eleven chapters, each one focusing on a particular campaign, such as the fight for the vote, divorce equality, birth control, equal rights to education, equal pay, and the right to be safe in the home. One of the stories is about an Indian woman who led a strike at a film-processing plant and in the process made national headlines. On 20 August 1976, during the hottest summer on record, Jayaben Desai encouraged her colleagues, mostly East African Asian women, to go on strike at the Grunwick film-processing plant in Dollis Hill, London. One hundred and thirty-seven women, fed up with pay inequality, degrading racist practices, compulsory overtime and the anti-union principles of the management, refused to work unless the management changed its policies. The story shows how a group of marginalised Asian women, many of them recent immigrants, refused to conform to the negative stereotype of docile and subservient victims. Instead, they initiated a long and bitter confrontation with the stubborn owner of a firm who preferred Asian women workers to white women workers because they could pay them less and treat them worse. Difficult Women is full of stories like this – of individuals, all of whom worked to make a difference to women’s lives.
Find this book 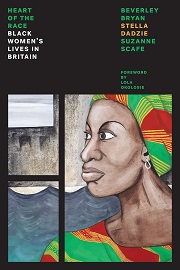 Heart of the Race: Black Women’s Lives in Britain

All too often, women’s activism has been presented as the story of white women. Inevitably, this presents an inaccurate and skewed view of the past. In their study of Black women’s lives in Britain, the authors of this book – all activists – demonstrate how Black women have a powerful, complicated and inspiring history of political activism. Organisations such as the Organisation of Women of African and Asian Descent (OWAAD), which two of the authors founded, is given its due prominence in a rousing story of women’s resistance to racism and sexism. The personal experiences and recollections of the authors give their history an immediate impact and an arresting poignancy. The three women and their interviewees all talk about the ways in which OWAAD broke down the isolation felt by Black women and gave them the courage to campaign against racial injustice. These women campaigned against the virginity testing of Asian women at airports, ‘SUS’ laws, police brutality, educational disadvantage, dangerous birth control drugs and immigration law. This second edition includes an interview with the authors that focuses on the book’s impact since its first publication in 1985 and its continuing relevance today.
Find this book 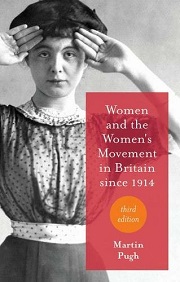 In 1918, most women over the age of 30 – around 8.5 million – gained the vote. In this third edition, Pugh brings the story up to date, including the impact of the first female prime minister, Margaret Thatcher. The book is organised chronologically: the impact of the First World War, the women’s movement in the 1920s and the reaction against it, the way in which the economic depression affected the women’s movement in the 1930s, how women played a key role during the Second World War and how women’s activism broadened its style and its focus after the war. On 27 February 1970, the first-ever Women’s Liberation Movement (WLM) conference opened at Ruskin College, Oxford. Much to the astonishment of the organisers, five hundred women turned up. After much animated discussion, the women participants agreed on four demands: equal pay for equal work; free abortion on demand; equal education and free 24-hour childcare. Pugh shows how and why the WLM emerged, its character, its methods of organisation and the issues and campaigns in which women became involved. The penultimate chapter discusses the connections between the first female prime minister, Margaret Thatcher, and feminism. The book ends with an examination of the period after 1997, when a record number of women were elected to Parliament.
Find this book

Race and gender in activism 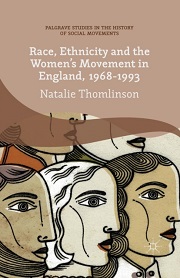 A number of Black feminists criticised the ‘second wave’ British women’s liberation movement for being racist, an accusation rejected by white feminists. In this book, Natalie Thomlinson analyses the historical roots of the tensions between Black and white activists and shows how the prevalence of racism in British society meant that the experiences, views and actions of Black women were often distinctly and pointedly different from those of white women. For example, in 1970, a number of white feminists interrupted a Miss World contest, protesting that it objectified women. A young woman from the Caribbean island of Grenada won. For the white protestors, the beauty contest degraded women; for Black women it affirmed that Black is beautiful in a society that was racist and whose Eurocentric view of what constituted female beauty demeaned Black women. What is more, Black and white women differed over issues like birth control, abortion and how to combat male violence. Thomlinson shows how Black women argued for a much more holistic view of social justice, namely, that all facets of women’s oppression – race and class as well as gender – should be taken into account. The approach came to be known as intersectionality and led to a new theoretical approach. By the 1980s, the relationship between Black and white women had become more amicable as women collaborated in organisations such as Women Against Imperialism and Women Against Racism and Fascism.
Find this book 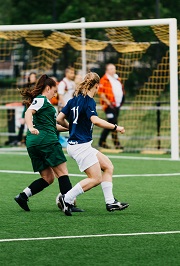 The Dick, Kerr Ladies was one of the earliest known women's football teams in England, and in 1920 it was able to gather an audience of 53,000 people. This clip shows how what seems to be a contemporary debate on the often underrated value of women's sports was actually already alive at the beginning of the 20th century.
Watch this clip

Women in British Politics, c.1689–1979 by Krista Cowman, published by Red Globe Press, (2010), 9780230545571 Find this book
Rethinking right-wing women: Gender and the Conservative Party, 1880s to the present by Clarisse Berthezène and Julie V. Gottlieb (edited by), published by Manchester University Press, (2017), 9781784994389 Find this book
Sisters doing it for themselves: archiving a herstory of activism, published by Women’s Resource Centre, (2021) Access this resource
Dr Paula Bartley has promoted women’s history in schools, colleges and universities her entire adult life. She has published widely on women’s history: in 1983 she co-founded the Women in History series for Cambridge University Press aimed at secondary school students. Her later books include Emmeline Pankhurst (2002); Votes for Women (third edition, 2007); Ellen Wilkinson: From Red Suffragist to Government Minister (2014); Queen Victoria (2016) and Labour Women in Power: Cabinet Ministers in the Twentieth Century (2019). In 2021, Paula completed a new book on women activists in 20th-century Britain.