Tudor Royal and Noble Women: The Pinnacle of 'Soft Power'?

When it comes to studying Tudor history, the main focus has been on monarchs and on the men who gained power through advising and counselling these rulers. The truth is, political agency is more complex than the study of rulership itself. Women – especially royal and noblewomen – influenced their kinsmen to the point that they wielded significant political, cultural and diplomatic power.
Most of these influential women remained overshadowed by their better-known contemporaries, such as Henry VIII or Elizabeth I. To fix this imbalance, we need to look at a more nuanced definition of power. Not all forms of power are strong or determined by life and death – they can also be as soft as a murmur in someone’s ear, which could have far-reaching repercussions. This is also known as 'the butterfly effect'. 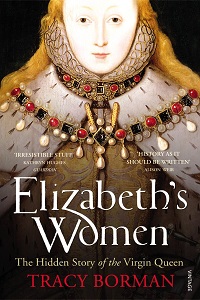 Elizabeth’s women: the hidden story of the Virgin Queen

This book shows how women – rather than men, councillors, and members of parliament – influenced Elizabeth I’s reign. Through considering governesses to stepmothers, ladies-in-waiting to cousins and even rivals, Borman reveals new insights into Elizabeth’s personality. Undeniably, it shows that women who were in the inner circles of monarchs had significant influence over their contemporaries, which can be defined as a sort of ‘soft power’. Teachers could use this book to lead interesting discussions in class on how women can bypass patriarchal preconceptions by exploiting their own relations to a powerful person.
Find this book 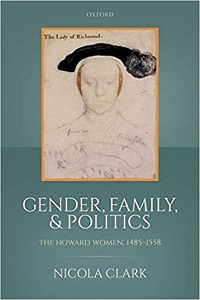 In this very thorough study, Clark offers the first full-length gender-inclusive analysis of the importance of the Howard family in Tudor politics. The focus is on the Howard women, revealing their importance at court and beyond through their network of power.
Tudor noblewomen had to play a traditional role in order to help establish and maintain the prestige of their aristocratic and dynastic family. For teachers, this book is a great starting point to discuss how women’s roles can easily be overlooked, and what can be done to reassess their positions and importance in the world we live in.
Find this book

This book is a great case study for teachers who would like a concrete example of a woman who shaped politics without having the title of ‘queen’. In this biography, not only is Margaret Beaufort brought back to life, but her role as a shrewd politician and matriarch is also carefully revealed.
This book can generate interesting discussions in the classroom regarding the definition of power. Is ‘soft power’ about counsel or is it also about patronage and decision-making?
Find this book 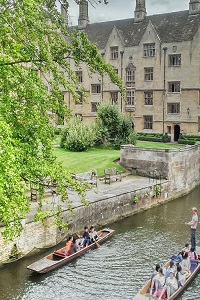 'We are Bess' exhibition video, published by the National Trust Access this resource
Dr Estelle Paranque is Assistant Professor in Early Modern History at the New College of the Humanities, part of the Northeastern University Global Network. She has published extensively on Elizabeth I of England, Catherine de Medici, the French kings and queen consorts and Anglo-French diplomatic relations. She is the author of Elizabeth I of England Through Valois Eyes: Power, Diplomacy and Representations in the reign of the queen, 1558–1588 (2019) and Blood, Fire, and Gold: Elizabeth I of England and her French rival Catherine de Medici (2022).