The Women of the Wars of the Roses

Traditionally, male perspectives and figures have dominated the narrative of this epic conflict, or civil war, between two branches of the Plantagenet dynasty in the later fifteenth century. Shakespeare’s history plays still have a huge impact on how this period and its royal women are viewed. Inspired by recent academic trends in the growth of women’s history and queenship studies along with the increase in interest within popular culture (such as Philippa Gregory’s novels and the television series based on them), the focus has shifted to illuminate the role of women in the Wars of the Roses. The turbulence of the period not only resulted in queens like Margaret of Anjou and Elizabeth Woodville being in and out of office, but also brought up ‘quasi-queens’, such as the kings’ mothers Cecily Neville and Margaret Beaufort. There have also been attempts to revise negative perceptions of the women and to draw out figures who have often been overlooked. 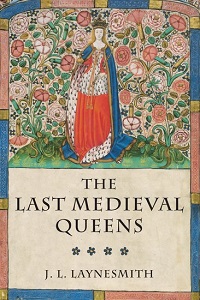 Laynesmith considers several key themes such as the rituals of queenship, motherhood, the queen’s family (particularly important in the case of Elizabeth Woodville), the court and the household. Her comparative approach illuminates both the lives of these queens and the way in which they exercised the office even during a period of intense political conflict. Laynesmith’s doctoral thesis, which formed the basis of her book, is available free online: access the thesis.
Find this book 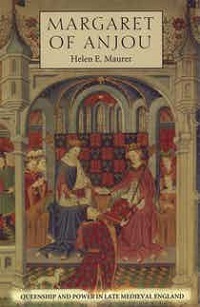 Margaret of Anjou: Queenship and Power in Late Medieval England

Considered by many in the field to be the best biography of Margaret of Anjou to date, Maurer’s book gives an insightful look at Margaret’s life and controversial role in the Wars of the Roses. Without doubt Margaret was placed in a difficult position. Maurer gives a balanced yet sympathetic view of both queen and woman which counteracts Margaret’s ‘black legend’ as a ‘she-wolf’.
Find this book 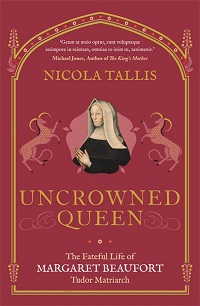 Margaret Beaufort is a fascinating ‘quasi-queen’, a royal woman of Lancastrian blood. She fought tirelessly to promote the claim of her son Henry Tudor, who was eventually able to stage a successful invasion of England to seize the crown from Richard III and begin a new dynasty. Nicola Tallis’s engaging recent biography gives a fresh perspective on her long life and political career, from child bride and mother to Tudor matriarch.
Find this book

The Wars of the Roses from the women’s perspective 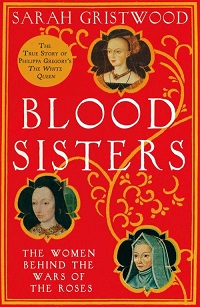 Blood Sisters: The Women Behind the Wars of the Roses

Like Laynesmith, Sarah Gristwood also brings together the royal women of this period. However, she takes a different approach. Instead of focusing on queenship, Gristwood moves chronologically from 1445 to 1509 and the death of Henry VII, placing the women and their stories at the forefront of the Wars of the Roses.
Find this book

In Our Time: Margaret of Anjou by Melvyn Bragg (hosted by), published by BBC, (24 May 2018) Listen to this podcast
The Tudor Chamber Books: Kingship, Court and Society: the Chamber Books of Henry VII and Henry VIII, 1485–1521, published by University of Winchester (curated by), (2017) Access these records
Dr Elena (Ellie) Woodacre is a Reader in Renaissance History at the University of Winchester and an expert in queenship and royal studies.