The Stasi in Communist East Germany

The post-war history of Germany is a fascinating subject, but one which teachers are often not familiar with. East Germany was an incredibly secretive state, and one we are still learning about today. One of the most important aspects of how the state functioned was the near omnipresence of the State Security Service (Staatssicherheitsdienst), commonly known as the Stasi. As its motto, the ‘shield and sword of the party’, suggests, its aim was to protect the Communist state and suppress dissident activity and behaviour. It is hard to comprehend the level of surveillance the Stasi accomplished before the age of technology. Teaching about the Stasi, their methods and their brutality will help students to understand the GDR in a way that few other aspects of the state’s short history can. One of the keys to understanding the Stasi is the use of case studies and personal examples. This list aims to combine a broad overview of the Stasi’s history with a range of usable stories that will illuminate the history and engage students.

The Stasi in context 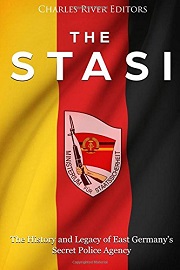 The Stasi: The History and Legacy of East Germany’s Secret Police Agency

This short overview piece gives the groundwork for understanding what the Stasi was and the context of its formation, its establishment into daily life and its ultimate demise. Covering a history of some 47 years in just 60 pages, the book does not go into the subject in great detail. However, what it lacks in terms of depth it makes up for in giving the reader a useful introduction to the period and the specific story of the Stasi. If you are coming to this subject for the first time, this text will lay a foundation for your understanding, and you’ll find yourself asking questions and wanting to enquire further.
Find this book

Living with the Stasi 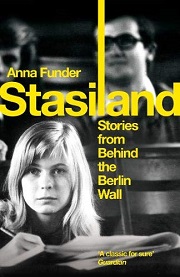 Stasiland: Stories from behind the Berlin Wall

This book tells of the lives of those under the watch of the Stasi. Funder writes of encounters with a variety of individuals and documents their experience of living in the GDR and their encounters with the Stasi. The book really is a page turner – the true stories Funder tells often seem stranger than fiction. For anyone teaching about East Germany or, specifically, the Stasi, this book gives a depth of understanding through these remarkable (and sometimes tragic) experiences. As a resource to support teaching, the stories can be used as case studies for students to use to help them understand the breadth and depth of coverage the Stasi achieved, not to mention the sheer paranoia of the GDR’s first line of ideological defence.
Find this book

A representation of the Stasi in film 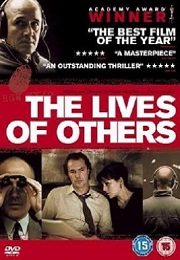 This film won many awards, including an Oscar for Best Foreign Language Film. It is a powerful, tragic tale of deception and espionage. Using fiction to learn about a historical era can be risky, but this film serves a purpose beyond its narrative. The film’s realism gives a genuine insight into the workings of the Stasi, offering real educational value. The first scene could be played in class as an introduction to the Stasi’s interrogation methods (no physical torture is shown). As the scene is set in a training school for agents, we see not only the way the Stasi operated, but also how and why their methods were so effective. The film also depicts, with meticulous accuracy, the layout and décor of parts of the Stasi headquarters and prison (the Hohenschönhausen) in East Berlin, the prisoner transport vehicles and the surveillance technology the Stasi used. There is also scope for using the representation in the film to fuel discussion, to reflect on as an exercise in demonstrating understanding or to assess historical accuracy.
Watch this film

Everyday Subversion: From Joking to Revolting in the German Democratic Republic by Kerry Kathleen Riley, published by Michigan State University Press, (2007), 9780870138014 Find this book (audiobook only available)
Deutschland 83 (TV series drama about the HVA, the foreign intelligence wing of the Stasi) by RTL and UFA Fiction (produced by), published by Channel 4, distributed by Fremantle, (2015) Watch this series
Ben Fuller is an education officer at the Holocaust Educational Trust. He was previously a teacher of history, politics and sociology and has written educational materials for the Winston Churchill Archive. He teaches an MA module on pedagogy at St Mary’s University, Twickenham.