The significance of Anglo-Saxon jewellery and design

Commonly referred to rather negatively as the ‘Dark Ages’, Anglo-Saxon England was actually a period of vibrant and creative activity. As there are few written records, it can be difficult to know how to bring the period to life, but a focus on the achievements of the Anglo-Saxons through their jewellery and craft skills helps to illuminate their artistic and social priorities. This can then give a fuller context to the wider history of the period. Furthermore, while students may have heard of the treasures of Sutton Hoo or the Staffordshire Hoard, these objects can also be placed alongside other discoveries in order to demonstrate the wonders of Anglo-Saxon society. 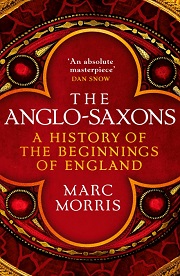 The Anglo-Saxons: A History of the Beginnings of England

I would use this book to help create a strong context with which to understand the Saxon period and to place Anglo-Saxon crafts in a clear historical framework. It is particularly useful to help you get away from a disembodied investigation of objects, and to be able to show how jewellery and treasures reflected political and social change. Morris helpfully explains how generalisations about the Anglo-Saxons are ‘fairly redundant’, but gives a focused outline of how England changed from being a ‘gaggle of smaller kingdoms’ to become a ‘peaceful and prosperous’ single kingdom.
Morris shows how the hoards hidden during the late Roman/early Saxon period are a clear reflection of the unstable nature of politics. Two centuries later, Sutton Hoo (620s CE) represents the old pagan England but also the growing wealth of the kingdom. This can be effectively compared to the Staffordshire Hoard (650–675 CE), with its mixture of war loot and Christian objects, showing the growing significance of Christianity just a short time later. The final area to emphasise is covered in Chapter 7, where the much more stable and wealthy Anglo-Saxon society is producing material like the illuminated manuscripts and the Alfred Jewel (9th–10th centuries CE).
Find this book

Sutton Hoo and the rediscovery of the Anglo-Saxons

The man at Sutton Hoo

In this ‘long read’ article, James Campbell revisits Sutton Hoo in order to weigh up what it can tell us about the Anglo-Saxon world. His opinion is that ‘the importance of Sutton Hoo is in indicating possibilities’. Cautious about making firm conclusions, Campbell nevertheless offers a very helpful set of perspectives that can be woven into your teaching. He describes the stunning technical expertise on display in the Sutton Hoo treasure (with photographs), but is also happy to challenge the idea that this might be a unique or especially impressive fortune. The objects point to the Anglo-Saxons being part of a complex, interconnected Europe. The debate over the identity of the man buried at Sutton Hoo is very much worth following, with different scholars split over the possibility of it being King Raedwald. Campbell is sceptical as to the identity of the man, but makes it clear that Sutton Hoo is ‘an unmissable and enthralling tale such as only discoveries can tell’. I would use that tale as a starting point to explore the whole of the Anglo-Saxon story.
Read this article

Treasures of the Anglo-Saxons 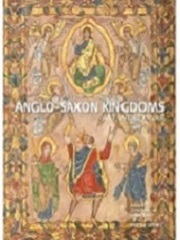 Written sources for the Anglo-Saxon period are quite limited or obscure, so this archaeological and manuscript evidence plays an important part in bringing it to life. This highly illustrated book provides a very clear overview of the different Anglo-Saxon eras, with a focus on the periods of dominance by Northumbria, Mercia and Wessex. Detailed analysis of objects from each era makes it possible to look at the whole period in a fresh and engaging way. The book broadens the range of objects at your disposal for teaching the Anglo-Saxons – as well as covering the extraordinary manuscripts of the period and the most famous objects, it gives equal treatment to everyday items. I would bring in a consideration of the Lindisfarne gospels, the Fuller brooch and the Alfred jewel in order to give students more of an understanding of the development of Anglo-Saxon culture.
Find this book 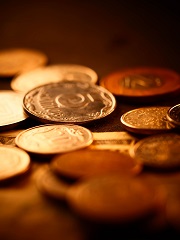 An insight into coinage and its actual worth in the times of crisis Alfred had to face.
Watch this clip