The Roman games from the gladiators’ perspective

Most young people quickly see the parallels between the adoration experienced by gladiators and elite sportsmen and women today. They can engage with discussions about the transhistorical and transcultural attractions to violence as entertainment, notably boxing or cage fighting and hyper- violent TV programmes such as Peaky Blinders. However, there is far more to the story of gladiators than outlining their weapons and tactics. The voice of the gladiators themselves, as with all lower-class Romans, is hard to find and interpret. Gladiators were often slaves, criminals or prisoners of war, while others were volunteers who willingly signed binding contracts. All were seen as infames, people of ill repute, and their story must be carefully unpicked from scant sources. Pupils may be interested to discover that these top athletes trained on a vegetarian diet, and that there is growing evidence of the role of female gladiators in the arena.

The voice of the gladiator 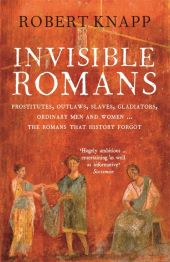 Knapp’s fascinating book provides many snippets of exciting anecdotes, as well as serious scholarship. Knapp explains that the imperial elite made up barely half a percent of the population (50–60 million) of the first-century Roman Empire. 65% were poor freemen living hand-to-mouth, or slaves.
The lives of ‘invisible people’ are brought to life by the author’s use of striking quotes from a range of sometimes unusual sources including the New Testament, graffiti, Egyptian papyri, gravestone epitaphs and texts relating to medicine, magic, astrology and dream interpretation. In Chapter 8: Fame and Death: Gladiators, Knapp outlines the violent demographics of the arena – the Greco-Roman eagerness for brutal death as entertainment. Overall, however, he takes a positive view of a gladiator’s life. It could bring freedom for a slave and social esteem to a volunteer who took the famous oath to be ‘burned, bound, beaten and slain by the sword’. Graffiti from Pompeii outlines the rewards of success: ‘Celadus, one of Octavius’ Thracian gladiators, fought and won three times. The girls swoon over him.
Find this book 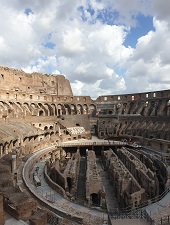 This article outlines the restricted lives of Roman women, controlled first by fathers, then by husbands. Female gladiators certainly broke this mould. Though they were probably not an everyday sight in the arena, we know there almost certainly were female gladiators because, in 11 AD, the senate introduced a law forbidding women under 20 (excluding enslaved women) from fighting. Mark briefly describes the most compelling physical evidence for female gladiators, including that of Dover Street Woman and contemporary texts such as Juvenal’s Satire.
Read the article 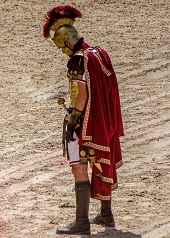 by Heather Pringle and Julian Broad, published by Discover Magazine, (2001)

It would be wonderful if there were clear-cut evidence of a British, female champion gladiator, a claim put forward by the Museum of London in 2000 relating to human remains found in Great Dover Street, Southwark. The burnt body and costly funeral goods were those of a high-status young woman in her 20s. Crucially, the grave contained a gladiator oil lamp and sweet-smelling pine cones commonly found in Italy near arenas. Sadly, other experts argue that the evidence is thin – for example, gladiator oil lamps were commonplace. Although the evidence is inconclusive, there is enough information here to hold a class debate: was the Dover Street Woman a gladiatrix or not?
Read the article

The World of Gladiators 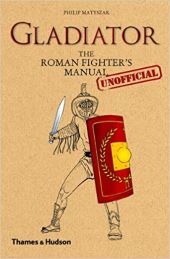 This humorous and informative illustrated book can be read by teacher and young reader alike. Written as a guide for an aspiring gladiator, the book includes a vivid picture of life in a ludus (gladiator school), with the lanista (trainer) as the undisputed master. He can ‘fine, flog or even execute’ those in his charge – from the tirones (the beginners) to the primus palas (the skilled veteran fighter at the top of the gladiator hierarchy). On food, Matyszak notes that ‘A diet high in carbohydrates and vegetables is low in calcium’ so gladiators are fed a special brew of ash for bone strength. Primary sources are frequently and appositely quoted, as in this gem from Galen: ‘In the hands of a lanista many well-proportioned bodies become hideously distorted…overloaded with flesh and blood after their muscles have been developed beyond measure'.
Find this book 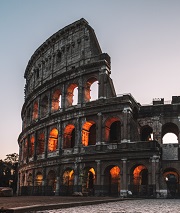 This video explores what the relationship between the Romans and nature was like, including an insights into how wild animals were brought to Rome for the Ludi Gladiatorii.
Watch this clip

Gladiators: Heroes of the Roman Amphitheatre by Professor Kathleen Coleman, published by BBC History website, (2011) Read the article
The Gladiator Diet by Andrew Curry, published by Archaelogy magazine (online), Vol. 61, No. 6, (2008) Read the article
Peter Hepplewhite is a retired teacher, and museum and archive education officer with a particular interest in local history. Since retirement, he has been working with schools to deliver short, cross-curricular projects for Key Stages 2 and 3, covering aspects of the First and Second World Wars.