The Restoration and the Court of Charles II

The Restoration was a very important turning point in British history. In 1660, after eleven years of republic rule, Charles II – Charles I’s son – was asked to come back and take up the throne. However, Charles II’s reign was not as peaceful as it could have been, as he had to face great challenges to his kingship. This topic is vital in terms of understanding critical aspects of late Stuart Great Britain and how the Stuarts shaped European history. With the academic and more popular studies listed below, teachers can help students to understand the complexities behind restoring a king to a throne – and its long-term implications. 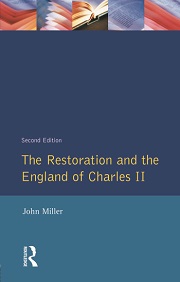 The Restoration and the England of Charles II

This book offers a detailed overview of the scholarship around the Restoration and the reign of Charles II. It delves into important factors such as the church, taxation, and the legacy of the civil wars. It is packed with interesting primary sources that will enable students to engage with the past and will encourage great discussions on the topic. The book effectively explains the difficulties involved in restoring a king to the throne, and it is therefore the perfect starting point for understanding the complexity of the topic and for engaging with the other sources.
Find this book 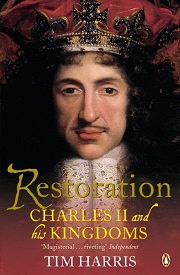 This book tackles the political and constitutional crisis of Charles II’s reign and what it meant for him to be restored in the midst of turbulence and violence. The different factions and how they influenced the king’s attitude towards his people are at the centre of the research. The book also reveals the king’s human qualities: though remembered rightly as a ‘merry monarch’, Charles used his considerable leadership skills in an attempt to bring back stability and prosperity to his countries after decades of tragedy and political turmoil.
Find this book

The role of women at court 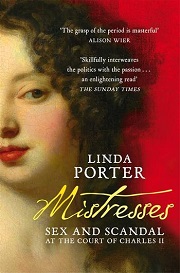 Mistresses: Sex and Scandal at the Court of Charles II

This book is a great companion to the works by Miller and Harris. Porter focuses on the dynamics within the court of Charles II by discussing the women who played a part in his life. The book is not particularly explicit, but you may choose to use it selectively, or for your own reference only. Too often, Charles’ mistresses are remembered solely for being sexually involved with the king. In fact, through their intimacy with the monarch, they often developed their own political networks – wielding significant political power among courtiers, especially if they bore sons. In this book, these women are at the centre of the political and cultural life of Charles II’s country, revealing how they influenced Restoration England and giving the opportunity to initiate discussions about the roles of women during Charles II’s reign. You might want to explain how the themes of sex and scandals were often interlinked with those of power during the early modern period.
Find this book 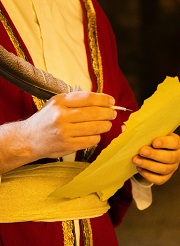 The Stuarts - The Test Act

This clip explains what the Test Act was and how it became a fundamental tool for the Protestants.
Watch this clip 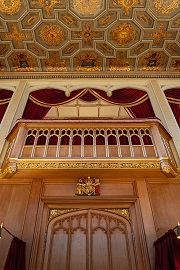 The Stuarts - Charles and Catherine

An insight into Charles II's extra-conjugal relationships, and how they affected his relationship with his wife.
Watch this clip

King Charles II by Antonia Fraser, published by Wiedenfeld & Nicolson, (2007), 9780753814031 Find this book
Rebellion in the Reign of Charles II: Plots, Rebellions and Intrigue in the Reign of Charles II by Julian Whitehead, published by Pen & Sword History, (2017), 9781473896789 Find this book
The mistresses of Charles II by Linda Porter, published by BBC, History Extra podcast, (2020) Listen to this podcast
Dr Estelle Paranque is Assistant Professor in Early Modern History at the New College of the Humanities, part of the Northeastern University Global Network. She has published extensively on Elizabeth I of England, Catherine de Medici, the French kings and queen consorts and Anglo-French diplomatic relations. She is the author of Elizabeth I of England Through Valois Eyes: Power, Diplomacy and Representations in the reign of the queen, 1558–1588 (2019) and Blood, Fire, and Gold: Elizabeth I of England and her French rival Catherine de Medici (2022).