Historically, many UK schools have taught the First World War as a predominantly white, British experience, dominated by the fate of Pals Battalions on the Western Front. This approach edits out the vital contribution to the British and Allied war effort made by non-European forces in Western Europe, including the service of one-and-a-half million men recruited from the Indian subcontinent. The history curriculum can leave South-Asian pupils and those with South-Asian heritage alienated by the impression that the First World War was a white man’s conflict and where the record of their own ancestor`s involvement is absent. Also, teachers need to explain that colonial India, from which the troops came, included what eventually became Pakistan and Bangladesh, not just modern India. 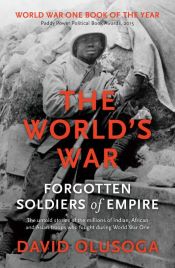 The British-Nigerian historian David Olusoga demonstrates how the European powers that started the First World War called on their colonial subjects around the world to supplement and bolster their own war efforts. This thoroughly researched text sets the deployment of the British Indian Army on the Western Front and elsewhere in the context of examples of the treatment of colonial forces from Africa and Asia.
Olusoga exposes the complex racial obsessions that dictated how these men were treated, and explains how attitudes at the time and since have led to an airbrushing of their contribution from conventional histories of the conflict. The book quotes extensively from soldiers' diaries and other eye-witness sources, bringing to life the searing experiences of these troops.
Find this book 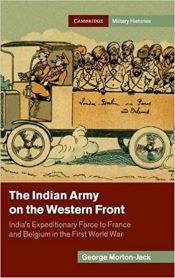 The Indian Army on the Western front: India's Expeditionary Force to France and Belgium in the First World War

This thoroughly researched text gave me the most complete account so far of the deployment of the British Indian Army on the Western Front in 1914 and how elements of it continued their service there until the end of the war. Morton-Jack details how this colonial force helped to save the British Expeditionary Forces (BEF) from defeat, describes how recruitment swelled its numbers rapidly and explores the complex relations between Indian soldiers and their colonial masters.
Find this book 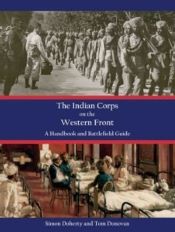 The Indian Corps on the Western Front: A Handbook and Battlefield Guide

This excellent battlefield guide outlines the service of the Indian Army Corps on the Western Front, concentrating in particular on the years 1914 and 1915 (most Indian forces were withdrawn to other campaign theatres in the second year of the war). On a conventional Western Front Battlefields tour, UK school parties visit the most famous battle sites and cemeteries but this guide focuses in detail on more neglected sites such as the Indian Memorial at Neuve Chappelle. The first half of the book gives excellent summaries of the organisation and deployment of the Indian Army Corps and how the British carefully balanced the numbers of Sikh, Muslim and Hindu soldiers. This guide could be used to diversify the sites visited on your own battlefields tour or to supplement classroom teaching.
Find this book 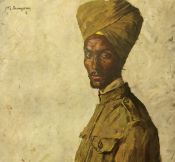 Lions of the Great War: How are Sikh soldiers of the First World War seen today?

by Andrew Wrenn and Parmjit Singh, published by The Historical Association, (2015)

This detailed online scheme of work and its accompanying original resources for KS3 focuses in-depth on the contribution of Sikh soldiers within the British Indian Army to the war effort 1914–1918. It deals with their deployment on the Western Front, the treatment of South-Asian prisoners of war by the German authorities and the little-known attempt by the Germans to recruit such prisoners in plots to overthrow British rule in India. The resource also focuses on how Sikh-Indian soldiers of the First World War viewed themselves and how they might be viewed today.
Download the resources

In this excellent BBC documentary series, historian Olivette Otele explores the untold story of a black regiment in World War One.
Watch the documentary 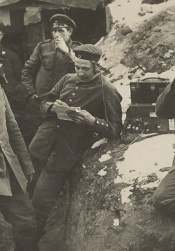 The World’s War: Forgotten Soldiers of Empire - The Indian Corps and trench warfare

The Indian troups were the first ones to experience the brutalities of trench warfare, and this clip analyses this perspective.
Watch this clip 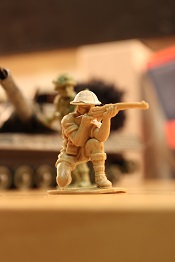 Indian troups were summoned to Marseille by their British rulers in 1914, and this clip explores the complexities of this hastily assembled army.
Watch this clip

Indian voices of the Great War: Soldiers letters 1914–1918 by David Omissi, published by Palgrave Macmillan, (1999), 9780333751459 Find this book
India, Empire, and First World War Culture; Writings, Images, Songs by Santanu Das, published by Cambridge University Press, (2018), 9781107441590 Find this book
Sepoys in the Trenches: The Indian Corps on the Western Front 1914–15 by Gordon Corrigan, published by The History Press, (2015), 9780750961615 Find this book
Andrew Wrenn is an honorary fellow, teacher fellow and recent trustee of the Historical Association. He is a former LA History advisor and co-wrote the HA’s report on Teaching Emotive and Controversial History 3–19.