The Gunpowder Plot is celebrated each year in the UK on 5 November, also known as ‘Guy Fawkes Night’. But what actually happened is far more complex than the actions of a group of men who wanted to blow up Parliament. It’s important for students to understand the underlying issues between Protestants and Catholics, and to tackle not just the plot itself but to have a broader discussion on the reasons why it came into being, and its aftermath. The resources suggested here offer material on this topic that will engage students and teachers alike, which is key to understanding such a gloomy political event. 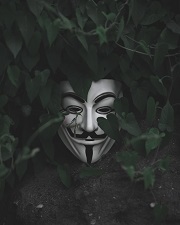 Guy Fawkes and the Gunpowder Plot

This highly illustrated online article is a very good introduction to the Gunpowder Plot. It introduces the men involved and offers a useful overview of their plans, the night of Fawkes’s arrest and the outcomes. It also explains the background to the bonfire and fireworks tradition that continues to this day as well as the modern use of the Guy Fawkes mask as a symbol of rebellion. Combined with the two books listed here, the article will help students to understand the reasons behind the great interest in Guy Fawkes and his fellow plotters.
Read this article 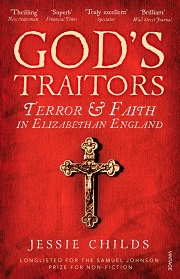 This is the perfect starting point for students to understand the underlying issues that ultimately created the Gunpowder Plot. Childs explores the ways in which Catholics were persecuted during Elizabeth I’s reign, and how they were perceived as traitors because of their religion. While this approach needs to be pondered alongside those taken by other sources, it is important to understand the Catholics’ struggles during Elizabeth’s reign – and, later, James I’s reign. Combined with the following source, this book can spark some great discussions about religious intolerance in Elizabethan and Stuart England.
Find this book 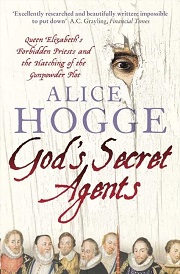 A great companion to Childs’s book, this title further explores the links between what happened during Elizabeth I’s reign and the Gunpowder Plot itself. Hogge’s approach is different to that of Childs: the book tackles a country at war with its own subjects and explains how Catholics were seen as terrorists, assassins, potential traitors and the enemies of Protestant England. It is also the story of the men behind the Gunpowder Plot, who risked their lives for their faith and the freedom to practise their religion. Alongside the two other sources, this book can be used to spark discussions and debates regarding freedom and religion and how it still relates to modern Britain.
Find this book 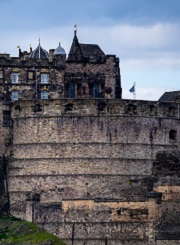 A History of Scotland - The conspirators’ dislike for all Scots

This clip explores the intense dislike the English felt towards the Scottish King, James I, and how this was one of the underlying reasons which led to the Gunpowder Plot.
Watch this clip

Gunpowder (website of the television miniseries, with useful resources), published by BBC One Visit this website
The Gunpowder Plot by Rev Herbert Thurston S. J., published by Books Ulster, (2016, originally published by The Catholic Truth Society, 1929), 9781910375419 Find this book
The Gunpowder plot: Terror and Faith in 1605 by Antonia Fraser, published by Phoenix, (2002), 9781407216133 Find this book
Alternate history: what if… the gunpowder plot had succeeded? by Dr John Cooper, published by BBC History Extra, (2020) Read this article
Dr Estelle Paranque is Assistant Professor in Early Modern History at the New College of the Humanities, part of the Northeastern University Global Network. She has published extensively on Elizabeth I of England, Catherine de Medici, the French kings and queen consorts and Anglo-French diplomatic relations. She is the author of Elizabeth I of England Through Valois Eyes: Power, Diplomacy and Representations in the reign of the queen, 1558–1588 (2019) and Blood, Fire, and Gold: Elizabeth I of England and her French rival Catherine de Medici (2022).