The ‘glorious’ reign of William and Mary

The ‘Glorious Revolution’ that took place during 1688 and 1689 was embedded in the religious struggle of the time between Catholics and Protestants, when the Catholic King James II was forced to abdicate in favour of his Anglican eldest daughter, Mary II, and her husband, William, Prince of Orange. During their joint, five-year reign, society underwent significant and long-lasting changes, which shaped the course of British history. However, William and Mary are often overlooked by historians and the public.

An overview and useful starting point 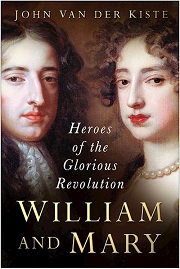 William and Mary: Heroes of the Glorious Revolution

This book offers an important overview of the reigns of William III and Mary II. It starts with explaining how the couple came together and goes on to give a brief, but useful, summary of what was happening in Europe at the time. The focus on the couple is interesting for anyone who wants to have a better understanding of their roles in the Glorious Revolution itself. The book explores their rise to power and how they then decided to co-rule, influencing their times as a royal couple. Often, William is depicted as a husband who overshadowed his wife, but in this book, the real dynamics of the couple are revealed. It is a great starting point for exploring this topic and could lead to more discussions, alongside other works.
Find this book 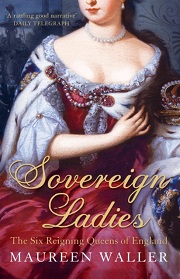 This book focuses on all of the queens regnant of England. Therefore, as far as our topic is concerned, it is more about Mary II than her husband. However, it includes aspects of William’s role during their reign, and it also sheds light on their dynamic as a couple. It looks at Mary and William’s roles in the Glorious Revolution and how they shaped British history by further reinforcing Anglicanism in their realms. There are also several interesting discussions about personal sacrifices and the relationship between monarchs and political power. Combined with the first title in this list, this book allows for a more in-depth discussion on dynastic alliances and how they can influence a country’s history.
Find this book

History at the palace 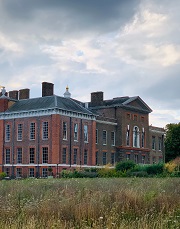 This short, useful article is a great way to engage with the couple, including where they lived and how they influenced 17th-century London and its palaces. Teachers can use this as a starting point to discuss a potential visit to Kensington Palace and how fruitful such an excursion would be to further develop their understanding of the royal couple.
Read this article 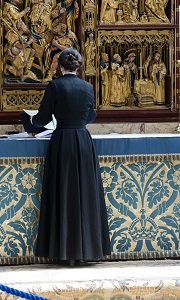 This clip explores Mary's attitude towards reigning.
Watch this clip

The Glorious Revolution: 1688 – Britain's Fight for Liberty by Edward Vallance, published by Abacus (Little, Brown), (2007), 9780349117331 Find this book
National Portrait Gallery, Mary II’s portrait, published by the National Portrait Gallery Access this resource
William III’s apartments at Hampton Court, published by Historic Royal Palaces Access this resource
Dr Estelle Paranque is Assistant Professor in Early Modern History at the New College of the Humanities, part of the Northeastern University Global Network. She has published extensively on Elizabeth I of England, Catherine de Medici, the French kings and queen consorts and Anglo-French diplomatic relations. She is the author of Elizabeth I of England Through Valois Eyes: Power, Diplomacy and Representations in the reign of the queen, 1558–1588 (2019) and Blood, Fire, and Gold: Elizabeth I of England and her French rival Catherine de Medici (2022).