The experiences of girls and women in Roman Britain

Classical studies tend to be dominated by the stories and voices of men. Girls tend to be largely absent and women presented from a male perspective. It can therefore be difficult to make the topic engaging for girls, and easy to find oneself inadvertently creating a scheme of work that excludes women and girls altogether. Figures such as the 'Ivory Bangle lady', whose remains were found in York, and objects such as the Vindolanda tablets, which include the earliest surviving document written by a woman in Latin, give a tantalising glimpse into the rich diversity of women’s lives in Roman Britain. This list provides resources on girls and women in Roman Britain that are relevant to contemporary teenagers, especially girls. 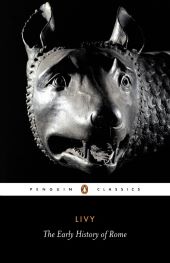 The Early History of Rome

This title is a collection of five books by the Roman historian Livy. The legend of Roman girl Cloelia, who was taken hostage by an enemy king but escaped and rescued other prisoners, comes from the earliest days of Rome. It is an exciting adventure story, but it also indicates what one Roman ideal of girlhood may have been: girls in Roman society were expected to focus on married life and childbearing. However, Cloelia’s behaviour seems to run counter to this ideal of docile passivity.

I would use the passage about Cloelia (in Book 2, Chapter 13) as a starting point to elicit and challenge pupils’ existing impressions of Roman girls and women. The class might discuss how far Cloelia differed from most Roman girls. Cloelia is exceptional but also conventional. Her bravery is arguably praiseworthy to Livy (who wrote long after her death but within the Roman period) because it was exercised in service of her country, not of herself. Cloelia’s equestrian statue was unique. What does this say about her position in history as an individual, versus girls’ positions in Roman society? The class might discuss how her values (as described by Livy) are the same as contemporary British values and how they are different. A video aimed at GCSE Latin students, which features a reading of the story and a discussion by the Regius Professor of Greek at Oxford University, can be found on YouTube.
Find this book 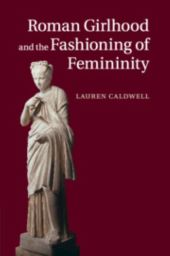 Roman Girlhood and the Fashioning of Femininity

This is an academic yet accessible book about the lives of girls in Ancient Roman society. Rather than using it as a class text, I have used this book to deepen my own understanding of what life was like for Roman girls and women before teaching the topic.

The book focuses on the experiences of girls during puberty and the transition from childhood to womanhood. Caldwell explores the paradox of marriage for Roman women: 'It has been persuasively demonstrated that older Roman women of the upper social strata were often educated, socially prominent and relatively legally independent. At the same time, the social regime that […] ushered girls into marriage at a young age was quite restrictive.'

The various experiences of girlhood described in the book can be contrasted with each other and with the ideal presented in the story of Cloelia. You could focus a lesson on a rite of passage that Roman girls commonly experienced, such as those relating to marriage. Epitaphs to deceased girls could serve as a discussion starter about Roman ideas of girls and women – the class could discuss the content of the epitaphs, then compare and constrast them with the views of Musonius Rufus (pages 19–20, from his On Why Daughters Should Receive the Same Education as Sons) and Pliny the Younger’s epistle on Minicia Marcella (page 24).
Find this book 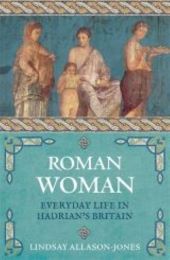 This is a lightly fictionalised account of a year in the life of a Roman woman. Allason-Jones is an expert on Roman Britain and has also written non-fiction resources about the topic. The benefit of this fictionalised version is that it provides a narrative structure and characters to ‘carry’ factual information. I would use the content as a starting point for discussion about the lives of girls in Roman Britain. For example, did the distance from Rome affect Roman expectations of their daughters in Britain? Would expectations and ideals also differ among its inhabitants, who may have been either Romans living in Britain, or Britons living as the Romans did? These questions would be especially engaging in a classroom with pupils from immigrant families. Are their parents’ expectations of them different to their grandparents’ expectations? Inspired by the book, pupils might like to write a diary entry from the point of view of a Roman woman or girl (perhaps a secondary character from the book) who had come to Britain.
Find this book 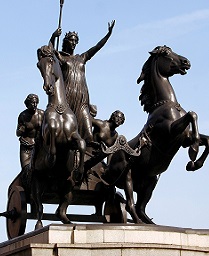 A History of Britain by Simon Schama - Queen Boudicca's revenge

In stark contrast with the stereotype of the virtuous Roman woman, Celtic Queen Boudicca leads her army into battle against the Romans and bravely faces death to fight the Empire's conquest.
Watch this clip

Empire’s End by Leila Rasheed, published by Scholastic, (2020), 9781407191393 Find this book
Women in Roman Britain by Lindsay Allason-Jones, published by Council for British Archaeology, (2005), 9781902771434 Download from website
Leila Rasheed is a children’s author. She has had over ten works of fiction and non-fiction published for various age groups, in addition to short fiction, poetry and commissions. She is the director of the Megaphone Writer Development Scheme for children’s writers of colour. Among other qualifications, she has an MA in Writing with distinction from the University of Warwick, where she also taught Creative Writing for several years. Her novel Empire’s End, for readers in Key Stages 2 and 3, follows a girl who travels to Britain in the retinue of the Roman emperor Septimius Severus.