The Crusades from Islamic, Jewish and Christian perspectives

The Crusades have traditionally been taught from a purely Christian viewpoint (which we see reflected in the many Hollywood movies on this topic!). More recently, especially with more public awareness of anti-Islam and anti-Semitic sentiments, the Crusades are being re-evaluated and the curriculum revised, with the aim of offering a balanced analysis. These resources will help teachers to find that balance. 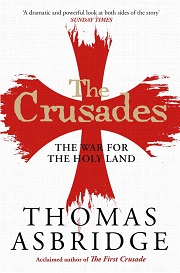 The Crusades: The War for the Holy Land

This book gives an excellent overview of the Crusades. It tells the story of the epic struggle from the perspective of both Christians and Muslims, reconstructing the experiences and attitudes of those on either side of the conflict. The material offers a great starting point for a research task. The Extra History video Europe: The First Crusade – The People’s Crusade – #1 by Extra Credits is also good to use with this book as a short introduction and summary.
Find this book

An Islamic view of the Crusades 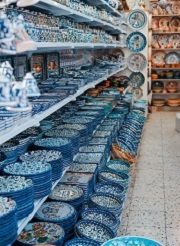 Why Muslims See the Crusades So Differently from Christians

This fascinating interview with two professors of Islamic history, gives a very different viewpoint on the Crusades than that portrayed in Western popular culture. In Western culture, they are often described as pure conquest, an attempt to drive out Muslims. However, as this interview shows, Muslims saw far more coexistence, being happy to work with and deal with Christians and other religious groups. Muslims treated the Crusades as a chance to trade goods and scientific knowledge.
Read this article

A Jewish view of the Crusades 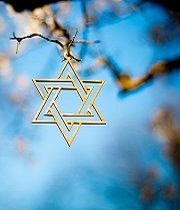 published by The Holocaust Explained website, managed by The Wiener Holocaust Library, (2020)

A Christian view of the Crusades 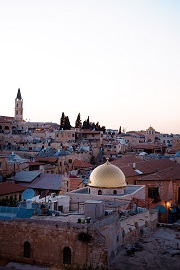 Voice of the Shuttle (VoS): The Crusades

by Alan Liu (edited by), published by University of California, Santa Barbara

This is a list of primary sources in translation that can be used with this topic. For example, the first link is to five versions of Pope Urban’s speech, which was a call to arms for the first Crusade (Medieval Sourcebook: Urban II (1088–1099) Speech at Council of Clermont, 1095). You may wish to edit, modernise or simplify these primary sources, depending on the reading level of the class. There are lots of other sources here that can be used for different aspects of the Crusades topic, depending on the particular focus of the lesson.
Access this resource 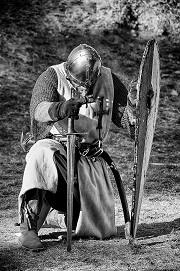 What’s the Point of Forgiveness? - Christian forgiveness and the Crusades

This clip explores the paradox of the Crusades, with a focus on the concept of forgiveness granted by the Pope, when crimes were committed in his name.
Watch this clip 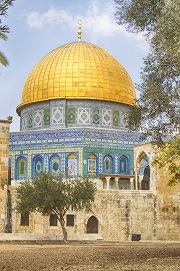 This clip analyses the strategy used by the Roman Church to justify the motives of the Crusades, the otherness of Jerusalem's rulers at the time.
Watch this clip

Crusaders by Dan Jones, published by Head of Zeus, (2020), 9781781858899 Find this book
Jerusalem: The Biography by Simon Sebag Montefiore, published by Weidenfeld & Nicolson, (2020), 9781474614399 Find this book
An Illustrated History of the Crusades and the Crusader Knights by Charles Phillips, published by Anness Publishing, (2009), 9780754819004 Find this book
Christopher Terry is a former Head Teacher and former academic lead for Teaching and Learning in various British and International Schools, and he has been a teacher of History for 15 years. He works as an examiner and also delivers ITT History Teacher Training in the North West of England and Internationally. He also has been a specialist advisor to OFQUAL for History and has been recognised by the Historical Association as an outstanding practitioner.