The British Empire from Inside India

The relationship between India and Britain was the most important within the empire. India was often referred to as the ‘Jewel in the crown’, and without it, there would have been no empire. Any discussion of the British empire requires sensitive handling. These resources show the complex relationship of the Indian subcontinent and Britain, and how its colonised people experienced and viewed the empire. 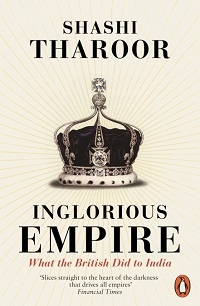 Inglorious Empire: What the British Did to India

This book by Indian politician Tharoor is an eloquent response to those who celebrate the empire as a ‘force for good’. A review of the book is available in Further Materials.
Find this book

The complex relationship between Britain and India

India and the British Empire

These essays are excellent at showing the complexities of the relationship between the Indian subcontinent and the British empire. Each chapter focuses on a different aspect of the British empire, such as: nationalism in India, state power and colonialism, the Indian economy and the British empire, and environment and ecology under British rule (which could link nicely with science and geography within the school’s curriculum). They are at a quite high reading level so it might be useful to use the half-page summaries at the start of each chapter. Most of these summaries could be used as they are, but teachers could easily lower the reading age by simplifying them.
Find this book

An example of people embracing some British ideals 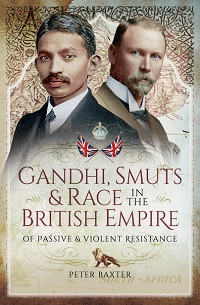 Gandhi, Smuts and Race in the British Empire: Of Passive and Violent Resistance

This book discusses people who agreed with the basic ideals of the British empire (values such as democracy and the rule of law) but opposed what was happening to their country.
Find this book 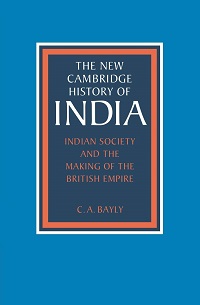 Indian Society and the Making of the British Empire

This resource looks at the transition from India under the Mughal empire and what changes and benefits the British brought. It is excellent at showing how the different elements in Indian society saw the empire. It highlights both the supporters and detractors, so ideally suits a comparative study.
Find this book

Debates on the empire while it was in existence 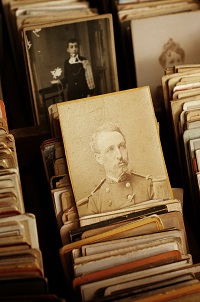 The British empire’s hidden history is one of resistance, not pride

by Priyamvada Gopal, published by The Guardian, (2017)

This article highlights some of the debates people were having about the empire while living under it, and it would offer students a historical perspective.
Read this article

Book review of Inglorious Empire: What the British did to India (review no. 2357) by Dr Ross Nelson, published by Reviews in History, Institute of Historical Research, (2019) Access this resource
India, Empire, and First World War Culture: Writings, Images, and Songs by Santanu Das, published by Cambridge University Press, (2018), 9781107441590 Find this book
Insurgent Empire: Anticolonial Resistance and British Dissent by Priyamavada Gopal, published by Verso, (2020), 9781784784133 Find this book
Gandhi (film), (released 2011), ASIN: B00005AVTW Find this film
Christopher Terry is a former Head Teacher and former academic lead for Teaching and Learning in various British and International Schools, and he has been a teacher of History for 15 years. He works as an examiner and also delivers ITT History Teacher Training in the North West of England and Internationally. He also has been a specialist advisor to OFQUAL for History and has been recognised by the Historical Association as an outstanding practitioner.