The arrival of European settlers in Australia

The fate of Australia’s indigenous inhabitants is not widely known outside of Australia. There are several reasons for this, not least that the indigenous peoples were and are a heterogeneous collection of cultures, languages and customs, where even tribes a few miles apart speak different languages. This, of course, was one reason they were able to offer so little resistance to the European colonisation in the late-18th century. A lack of recorded history from the Aboriginal side has also made it difficult to understand the first-hand impact of this arrival.

Colonial-era attitudes that allowed British settlers to perceive indigenous people as ‘vermin’ to be exterminated from settled land mean that teaching of the subject requires sensitivity. The sometimes-aggressive behaviour of indigenous men towards women and children was seen by white settlers as further evidence of ‘savagery’ regardless of the settlers own violent behaviour towards women and children. These recommendations will give you the information you need to approach the topic with confidence. 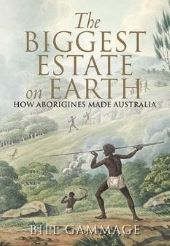 The Biggest Estate on Earth: How Aborigines made Australia

This book takes an in-depth look at the Aboriginal conservation of Australia and explains how a people considered ‘primitive’ by European settlers in fact had a deep understanding of the land on which they depended for survival. Far from being an untamed wilderness, the continent was tended in a way that was far more sophisticated than early settlers understood – not least in the Aboriginal use of fire to keep land fertile. Note that Amnesty International recommends no longer using the term ‘Aborigine’ because of its racist connotations.
Find this book 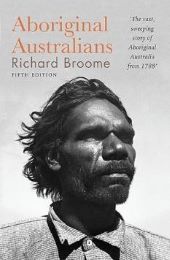 Aboriginal Australians: A history since 1788

Broome is an Australian academic and one of the greatest authorities on the country’s history. Now in its fifth edition, this book offers a sympathetic account of the history of Australia’s original inhabitants from their own perspective. It covers in detail the crucial early years of Aboriginal–European encounters and documents the contemporary situation up to publication.
From first contact, each side regarded the other as uncivilised, and mutual bewilderment set in. The British convicts who arrived in Australia in 1788 were considered by their homeland to be the lowest of the low, and the British seized on the ‘savagery’ of the local inhabitants as an opportunity to look down on another group of people. The book shows how this attitude to indigenous peoples still exists in sections of Australian society today.
Find this book 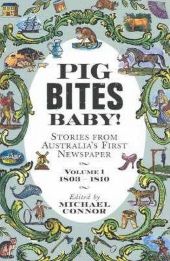 Published in Australia in 2004, Connor’s book is a fascinating first-hand look at the early settlement as it was reported in the Sydney Gazette. As well as rich material on the lives and culture of the convict settlers and their guardians, the substantial chapter ‘Natives v. Settlers’ describes day-to-day clashes with the local Aboriginal peoples. The book covers the period 1803–1810, when the British attitude to the original locals – seeing them as ‘pests’ and ‘vermin’ – was already established. Despite the Aboriginal Australians undoubted ability to thrive in their inhospitable environment, the European sense of superiority over them is chillingly apparent.
Find this book 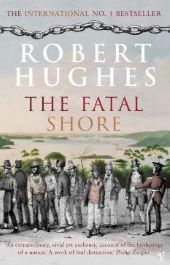 This bestselling and highly readable book is a cornucopia of information on the British colonisation of Australia. Interactions with the indigenous peoples, and their culture and fate, are all woven into the narrative.
Find this book

Prison Ship by Paul Dowswell, published by Bloomsbury, (2012), 9781408829356 Find this book
Wise Women of the Dreamtime: Aboriginal Tales of the Ancestral Powers, published by Park Street Press, (1993), 9780892814770 Find this book
The Fatal Impact: The Invasion of the South Pacific, 1767-1840 by Alan Moorehead, published by Harper Collins, (1990), 9780060158002 Find this book
Paul Dowswell writes award-winning historical fiction. His novel Auslander, about an orphaned Polish boy adopted by Nazis on the strength of his ‘Aryan’ appearance, sold throughout the world. Paul gives talks and workshops in schools across the UK and abroad, and is a visiting professor at Manchester Metropolitan University.