Teaching the Holocaust Beyond the Auschwitz Narrative

The sheer scale of the Holocaust and its horrific nature can make it a daunting subject to approach in the classroom. Research suggests that many teachers are anxious about teaching the subject due to a feeling of being overwhelmed by its significance, scale and complexity (UCL Institute of Education, 2009). School textbooks that cover the Holocaust tend to give it only limited space within the wider scope of twentieth-century or German history and thus tend to narrow their focus of study, using Auschwitz-Birkenau as a ‘case study’ of the Holocaust as a whole. However, the story of the Holocaust is far greater than what took place at Auschwitz-Birkenau and other Nazi camps. Effective teaching about the Holocaust requires an awareness of these wider historical narratives and the challenging questions that come with it, including those of agency, responsibility and interpretation. This list aims to help teachers think beyond Auschwitz when delivering Holocaust education and to enable them to help students grapple with the challenging issues while developing their historical understanding.

An Analysis of Historiography and Debates 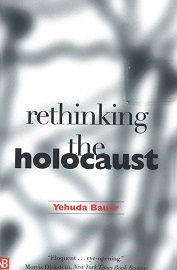 Bauer is considered one of the world’s most eminent historians of the Holocaust. In this book he tackles an array of issues across eleven chapters, each devoted to a specific area. These include defining the Holocaust, questions of Jewish agency, theological responses, historiography and interpretation. His appraisal offers readers an understanding of some of the most complex debates that surround the Holocaust. This book helped me to develop my understanding of the Holocaust in a brand-new way, illuminating gaps in my understanding and in my teaching. Bauer is able to take a wide-angle view of the Holocaust while keeping this rooted in personal stories and maintaining a humanised perspective of the events, and the many interpretations of them. This is a must-read for complex questions around Holocaust history and thinking.
Find this book

The ‘Holocaust by Bullets’ and the Psychology of Responsibility 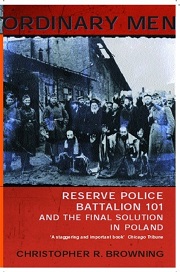 Ordinary Men gives a chilling insight into the nature of what Holocaust scholars often refer to as the ‘Holocaust by Bullets’ while also conducting a study of human behaviour that raises troubling questions on the nature of responsibility and humanity. Using personal testimonies from the reserve policemen’s post-war interrogations, Browning gives a detailed account of this battalion’s actions from 1942, including how they liquidated multiple Jewish villages and slaughtered tens of thousands of Jews. He goes on to analyse this evidence and discuss the motives of these ‘ordinary men’, who, in many cases, had never fired a gun before, nor grew up under the Nazis in Germany, to attempt to find out how they could go from being well-educated, law-abiding, peaceful citizens to perpetrators of genocide, even when given the choice not to participate. This book looks at the Holocaust from a completely different perspective to the common camp-focused narrative, and it engages with the difficult question of why normal people were willing to participate in mass murder. A must-read for history and social science teachers.
Find this book

Biography of a high-ranking perpetrator and exploration into Nazi genocide 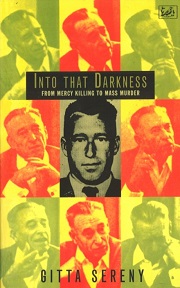 Into That Darkness: From Mercy Killing to Mass Murder

Franz Stangl was an Austrian-born police officer who became a member of the SS, an employee of the T-4 Euthanasia Program and commandant of the Nazi extermination camps Sobibor and Treblinka. Following the Second World War, he escaped to Brazil but was arrested in 1967 and tried in Dusseldorf, Germany in 1970. Following his guilty verdict, Sereny conducted some 70 hours of interviews with him and spent a further 18 months researching his story and the wider development of the Holocaust to produce this incredible account. More than simply a biography, this book is an investigation of Stangl’s mind, his role in the Holocaust and the wider contexts that allowed this genocide to happen. This book brings new understanding to how the Holocaust happened and looks at a situation that defies reason: how human beings became instruments of mass murder.
Find this book 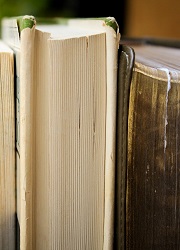 IHRA Recommendations for Teaching and Learning about the Holocaust

The International Holocaust Remembrance Alliance (IHRA) was formed in 1998 and consists of 34 member countries. Their recommendations for teaching and learning about the Holocaust were written by a group of international experts and designed to help educators by giving a set of principles for teaching the complex and nuanced history of the Holocaust in an educationally sound manner. Their recommendations cover questions of why, how and what to teach, giving clear guidance on the need to look beyond the iconic spaces of the Holocaust and engage with its complexity. I found this incredibly helpful as a tool to measure my planning and teaching against. In many ways, these recommendations can be read as principles for teaching any difficult subject.
Access this resource 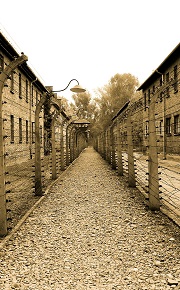 Another example of racism-based exploitation the Nazis reserved to the people they considered less worthy of respect.
Watch this clip

Nazis: A Warning from History, Episode 5, The Road to Treblinka by Lawrence Rees, published by BBC, (1997) Watch this video
Ben Fuller is an education officer at the Holocaust Educational Trust. He was previously a teacher of history, politics and sociology and has written educational materials for the Winston Churchill Archive. He teaches an MA module on pedagogy at St Mary’s University, Twickenham.