In general, there are still far fewer writers from working-class backgrounds than more affluent backgrounds. Before the British new wave of the late ‘50s and early ‘60s, realistic depictions of modern-era working-class lives in mainstream culture simply didn’t exist. Since then, working-class culture has had to battle against often imagined, sometimes romanticised and mostly stereotyped depictions by middle-class writers and performers. The authentic and insightful voices discussed here are important for building an accurate picture of post-war life in Britain. If students do not already study the novel A Kestrel for a Knave or the film Kes (1969, U) as part of the school curriculum, it would fit well within this topic. 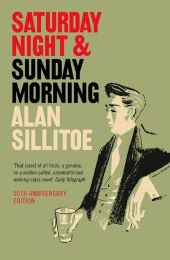 Originally published in 1958, this is perhaps the best-known book from the British new wave of literature and became a cult classic. It was part of the cultural movement ‘kitchen-sink realism’, depicting the lives of working-class Britons, including the archetypal ‘angry young men’, who were disillusioned with modern society. The much-imitated film adaptation (1960, U) transformed British cinema.
The story demonstrates the hedonistic rebellion of the first working-class generation to grow to adulthood after post-war rationing and austerity. Working at a lathe in Nottingham, Arthur Seaton is the ultimate renegade: he despises authority and rejects conformity. He spends most of his wages on clothing for the weekend: embodying ‘work hard, play hard’ – a mindset championed by his generation. Arthur’s behaviour is reckless and arrogant – his affair with a married woman results in him being badly beaten. This book includes the themes of heavy drinking and illegal abortion.
Find this book

Single motherhood in the 1960s 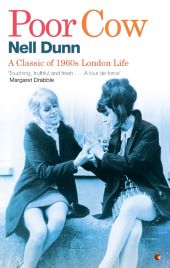 Originally published in 1967, this novel depicts the somewhat joyless life of Joy: a young working-class woman from the East End of London. With the 'swinging sixties' promising unprecedented levels of happiness for the younger generation, Joy finds herself being forced to watch from the side-lines as a string of bad decisions leaves her life in tatters.
When her partner Tom is sent to prison for theft, Joy is left alone to look after their baby. Forced to move in with her aunt, she survives on modest earnings as a bartender and occasional sex-worker. Her love letters with Tom are as close as she comes to living her dream life, as she is left to confront the harsh realities of gender roles and the inescapable confines of working-class London. The love letters feature prominently in the novel and are presented verbatim, with words either misspelled or written phonetically. These daydreams symbolise how a ‘better life’ once seemed so attainable but is ultimately impossible for most people in Joy’s situation. The book includes outdated attitudes (casual homophobia and racism) and some sexual references.
Find this book 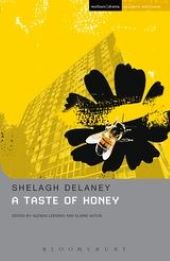 A Taste of Honey

Premiered on stage in 1958 and published as a play-text in 1959, this is Delaney's debut play, written when she was just 19. Originally a novel, she opted to write it for the theatre instead because she felt the need to address certain social issues and hoped to reach a wider audience through this medium.
Working-class, 17-year-old Jo and her mother Helen begin the play by sneaking out of their previous accommodation and moving elsewhere in Salford; a common tactic for people who were unable to pay rent. The story highlights issues relating to class, race, gender, and sexual orientation, and was revolutionary at the time. This is another classic story from the ‘kitchen-sink realism’ genre which amplified working-class stories.
Jo begins a romantic relationship with a Black sailor called Jimmy. They agree to marry, but Jimmy goes to sea and leaves Jo pregnant. Jo is openly concerned that her mother will be angry when she discovers she has a mixed-race grandchild. Jo then forms a friendship with a gay man called Geoffrey, with whom Jo’s mother also has an issue. On top of that, her mother’s problematic relationship with her new husband Peter highlights further issues.
Find this book 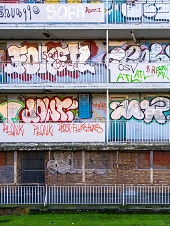 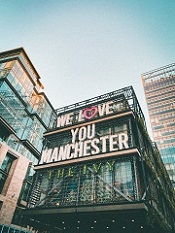 This clip expands on a very descriptive yet not very well-known writer who depicted the working class of Manchester.
Watch this clip 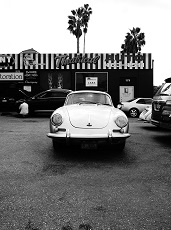 In Context - An Inspector Calls – Social and political context of 1945

An exploration of the social and political context of post-war Britain.
Watch this clip
Matt Abbott is a poet, educator, and activist from Wakefield. His debut poetry collection Two Little Ducks (Verve Poetry Press, 2018) explores the working-class Leave vote in the Brexit referendum against the backdrop of the Calais Jungle.