Pets and their role in the Second World War

Study of the Second World War is often framed as a conflict in which technological innovations took centre stage. However, alongside radar and jet aeroplanes, animals still played a major role in warfare. In 1940, the British government asked civilians to hand over their pets, mostly dogs, so that they could be trained to rescue survivors trapped in bombed buildings and to deliver vital messages on the battlefield. Some were even trained to parachute from aircraft. As the war progressed, the distinction between pet and trained working animal became increasingly unclear, In 1943, the PDSA Dickin Medal was created to honour the bravery of animals in the Second World War. These resources explore the major contribution that pets and other animals made, both on and off the battlefield. 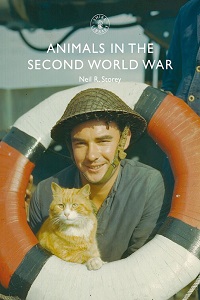 Animals in the Second World War

This fascinating book draws from first-hand accounts and contemporary sources to reveal the contribution made by former pets. The stories demonstrate their loyalty on the Home Front and in active service.  The book is fully illustrated with superb period photographs. The book is part of a series that is suitable for independent reading by 10–14 year olds.
Find this book

Champions of the day

As dog owners all over England donated their pets to the war effort, soldiers in the fields waited to train them. The creation of a military dog unit was approved in 1941, and by the following year the number of domestic pets given over to the services had doubled. Many of the trainers were women already famous in the dog world. The trained dogs sniffed out anti-personnel mines and carried secret messages. Without exaggeration, domestic pets saved the lives of thousands of soldiers. Based on original documents, first-hand accounts and interviews, Dogs of Courage tells a story of human determination, heartbreak and uncompromising canine courage.
Find this book 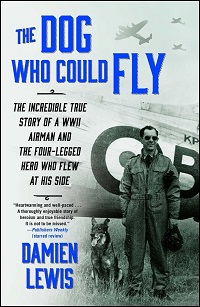 The Dog Who Could Fly

This account is based on the true story of the friendship between a German shepherd dog, called Ant, and Czech airman Robert Bozdech, who, after being shot down near enemy lines, rescued the puppy from an abandoned farmhouse and hid him in his jacket. In the months to come, the pair flew together with RAF Bomber Command and saved each other’s lives several times. At the end of the war, Ant was awarded the Dickin Medal. The book is fully illustrated with black-and-white photographs.
Find this book

Animals in the Second World War by Peter Street, published by Pitkin, (2017), 9781841656892 Go to resource
‘Doing Their Bit’: The British Employment of Military and Civil Defence Dogs in the Second World War by Kimberly Brice O’Donnell, published by Helion and Company, (2018), 9781912390687 Find this book
Karen Wallace has written over 300 fiction and non-fiction books for children. Think of an Eel won the Times Education Award and the Kurt Maschler Award in the UK. It also won the Parents’ Choice Gold Award in the US. Her first novel Raspberries on the Yangtze was shortlisted for the Guardian Young Fiction Award.