Any aspect of the Israeli–Palestinian conflict can arouse strong emotions among many pupils, some of whom may bring entrenched or extremist viewpoints with them to the topic. Studying the build-up to this conflict from the perspective of the British rulers of Palestine, between their conquest of the territory in 1917 during World War I and their abandonment of it in 1948, can help deepen pupils’ understanding of why Jews and Arab Palestinians came into growing conflict with each other, which was partly fuelled by changes in British policy over time.

British intervention in the regional context 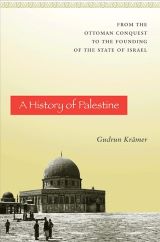 A History of Palestine: From the Ottoman Conquest to the Founding of the State of Israel

This comprehensive text introduced me to essential material on the development of Palestine from a minor territory of the Ottoman Empire, then mostly inhabited by Muslim Arabs, through to the creation of the state of Israel in 1948. It helps to explain Britain’s strategic interest in acquiring the territory in the first place, which partly stemmed from the presence of Christian pilgrimage sites in Jerusalem, a city whose capture the Prime Minister David Lloyd George looked forward to as an early 'Christmas present' in 1917. This book reminds us that it is crucial to include the voices of the indigenous peoples, not just the colonists.
Find this book 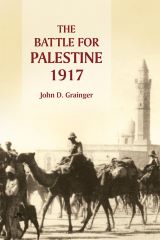 The Battle for Palestine 1917

This well-written military history describes in fascinating detail how General Allenby skilfully prepared for and succeeded in conquering southern Palestine during 1917. I found this book useful on the context of the controversial Balfour declaration of 2nd November, which attempted to rally international Jewish opinion to the Allied cause by promising a 'Jewish national home' in Palestine. In contrast, there is also an account of the carefully stage-managed entry of General Allenby into Jerusalem on 11th November, which was deliberately understated so as not to alienate local Muslims (for example, flying Allied flags was banned).
Find this book 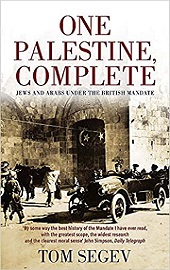 One Palestine, Complete: Jews and Arabs under the British Mandate

This readable and well-researched text describes how Britain governed (or failed to govern) Palestine, from its conquest by Allenby in 1917 through to the end of the international mandate in 1948. It is invaluable for charting the contrary nature of British Imperial rule, for example it promoted or restricted Jewish migration into Palestine according to international circumstances and at times courted Arab opinion while also ruthlessly suppressing a Palestinian revolt in the late 1930s. This title also demonstrates that, despite the late-1940s, violent Zionist campaign that pushed for withdrawal of British forces, a Jewish state is unlikely to have been possible or viable without the period of British rule. Segev skilfully layers his account of the larger developments with detailed accounts of Arab, Jewish and British individuals to give a well-rounded, authentic insight into the topic.
Find this book 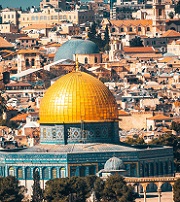 The Story of the Jews - Balfour Declaration

This clip analyses the motives and wording of the British propaganda which led to the Balfour Declaration.
Watch this clip 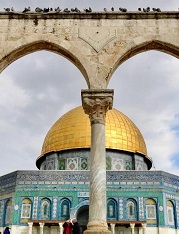 The Story of the Jews - Palestine Israel Partition

This clip shows testimonies from the years in which the fate of Palestine was being decided on by the UN members.
Watch this clip

Enemies and Neighbours: Arabs and Jews in Palestine and Israel, 1917–2017 by Ian Black, published by Penguin, (2018), 9780141979144 Find this book
Allenby in Palestine: The Middle East Correspondence of Field Marshal Viscount Allenby, June 1917–October 1919 by Matthew Hughes, published by Sutton Press for the Army Records Society, (2004), 9780750938419 Find this book
Andrew Wrenn is an honorary fellow, teacher fellow and recent trustee of the Historical Association. He is a former LA History advisor and co-wrote the HA’s report on Teaching Emotive and Controversial History 3–19.