Muslim rescuers of the Holocaust

Teaching the Holocaust can be difficult. It will always require a careful and sensitive approach for many reasons. A minority of pupils may have extremist views, including anti-Semitism or outright Holocaust denial. Studying the small number of Muslim rescuers, who had the courage to rescue Jews in Nazi-occupied Europe or in the territories of Vichy France, introduces pupils to evidence that directly contradicts Holocaust denial. It also provides Muslim pupils with models of behaviour from fellow believers, who saw persecuted Jews simply as human beings whose lives were under threat – lives that were no less valuable because of their different religious views. Moreover, some pupils may have negative views of the Islamic faith, based on negative media portrayal and the actions of Islamic extremists. This topic shows the valuable contribution of Muslims in an often-whitewashed war, promoting interfaith cooperation and empathy. 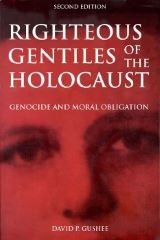 Righteous Gentiles of the Holocaust: Genocide and Moral Obligation

This book gives an account of non-Jewish individuals who rescued Jews in Nazi-occupied Europe during the Holocaust. They have been officially recognised by Yad Vashem, the Holocaust Martyrs' and Heroes' Remembrance Authority in Israel, with the official title of 'Righteous among the Nations'. The account demonstrates the incredible courage and humanity of the ordinary people who risked their lives for people they often did not know personally. 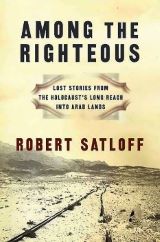 Among the Righteous: lost stories from the Holocaust's long reach into Arab lands

This book gives an in-depth introduction to some of the Arab Muslim rescuers in the North-African territories of Vichy France. Their stories had not all been recognised by Yad Vashem at the time of the book's publication and, without the author’s original research, their example may have remained confined to history. As an American-Jewish historian, Satloff was delighted to find the stories of Muslim rescuers after identifying anti-Semitism and Holocaust denial as a problem in the Arab world.
Find this book 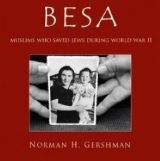 'Besa' is a concept deeply rooted in Albanian culture, meaning a code or pledge of honour, which holds that someone in need must be given sanctuary and protection. This book contains original photographs of Albanian Muslims and the stories of how they rescued hundreds of Jews in their mountainous country during the Nazi occupation. Since the time of publication, the author has worked with Yad Vashem for official recognition of the actions of these European Muslims.
Find this book 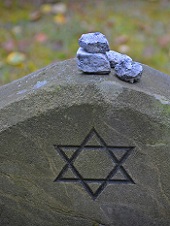 Is Holocaust denial common in the Middle East, and what are the reasons for it? This clip answers these questions.
Watch this clip

How Was It Humanly Possible? A Study of Perpetrators and Bystanders During the Holocaust by Irena Steinfeld, published by International School for Holocaust Studies, Yad Vashem, (2002), 9789653081444 Find this book
Muslim Rescuers of the Holocaust CPD Unit by Andrew Wrenn, published by Histrorical Association, (2012) Visit the website
This detailed CPD resource builds on material from titles listed above and other research to focus on the experiences of the Muslim rescuers. It can be slotted into a Key Stage 3 History teaching in such a way that allows Muslim pupils to see themselves represented in the mainstream curriculum and other pupils to see the different ways that Muslims have interacted with national and international events. The unit also may prove useful in countering Holocaust denial. There is also some helpful reflection on the distinction between the terms of 'perpetrator', 'bystander' and 'rescuer', which are used to categorise the reaction of those people who witnessed the Holocaust, but which are not always as clear cut as they might sound.
The Aladdin Project: Building bridges of knowledge between Jews and Muslims Visit the website
Andrew Wrenn is an honorary fellow, teacher fellow and recent trustee of the Historical Association. He is a former LA History advisor and co-wrote the HA’s report on Teaching Emotive and Controversial History 3–19.