Mapping migration in London through history

Migration is both a highly topical subject and one where nuance and detail are often overlooked or absent. It’s politically controversial in the present day, so placing it securely in a historical context can support navigation of a subject that could otherwise easily become misdirected in class. However, it can be challenging to find the resources that enable this to be done in an effective yet accessible manner. The resources here explore migration in London, providing an imaginative springboard into more focused studies – for example, you may want to choose a particular London borough for an in-depth study. 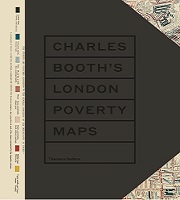 Booth’s original survey anchors the topic in late-Victorian London (1886–1903) and hinges on his landmark discovery that 35% of Londoners were living in poverty. A study based on Booth’s findings can support an exploration into the links between migration and poverty. This book builds on Booth’s original topographical analysis, making what is an excellent example of a primary source even more dynamic, bringing to life the diversity of late-nineteenth-century London. As well as the maps, the book includes a selection of the original 450 notebooks recorded by Booth’s team of investigators (which reveal social prejudice) and six themed essays by modern experts that contextualise the findings. To accompany this, there is also an invaluable resource from the London School of Economics and Political Science (see Further Materials). For example, users can compare Booth’s nineteenth-century maps with present-day maps, and they can download sections of Booth’s original notebooks.
Find this book

A map of time 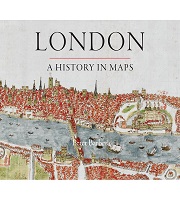 London: A History in Maps

Barber, who is Head of Map Collections at the British Library, picks up the topographical theme introduced in Booth and runs with it, chronologically, over a vast span of London’s history. The ‘inside story’ of one of the world’s great cities is told through a variety of styles of maps: the book begins with a symbolic view of London at around 1450 and ends with a series of maps showing urban changes, including a census map showing South-Asian immigrants living in London in 2012. The book not only gives students the opportunity to engage with primary sources, but it also explains their origins and their value for the modern historian.
Find this book

Make your own map 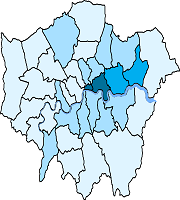 Simply based in Microsoft Excel, this free mapping tool allows the creation of thematic maps of London by borough without the need for any specialist skills. Students can produce a broad study of London in its entirety, or they can use the tool as part of an in-depth study of a London borough, for example Notting Hill. (Note: Notting Hill is referenced via the Royal Borough of Kensington & Chelsea.) As well as being valuable for this topic, its use in project work of this sort also helps teachers to meet the wider demands of the National Curriculum.
Access this resource 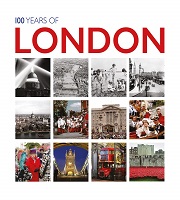 This resource develops and widens the approach to study from maps to pictures, again including a rich collection of primary sources that could be interpreted through the prism of migration and its evidence and effects over 100 years of London history. Students could be asked to carry out their own independent learning by finding and interpreting appropriate images for selected investigations.
Find this book