Edward VI remains a complex historical figure. Often overshadowed by his father, Henry VIII, or his sister, Elizabeth I, it can be difficult to get a good grasp of his reign, and – perhaps more importantly – of his character. Edward was a young king, resulting in many historians giving him the nickname ‘the boy king’. He received an incredible education, and when he was just a prince, he was very close to both of his sisters. His attitude towards power deserves to be examined further. Historians have also claimed that he was overshadowed by his ministers: his uncle, Edward Seymour, Duke of Somerset, and later, after his downfall, by John Dudley, Duke of Northumberland (who was the instigator of Lady Jane Grey’s rise and fall). A good way to approach a study of Edward VI is to discuss these two historical figures, who also played important political roles at his court. 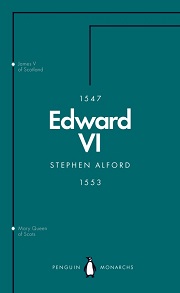 A good place to start would be with this short but punchy overview of Edward VI’s reign and personality. Alford looks at the ways in which the boy learnt to rule and to grasp the extent of his growing power. Being a child played a role in how Edward ruled and in how he handled his ministers. The balance of power is at the centre of this study, which presents the struggles Edward must have faced. This is a good point of entry for students and teachers alike who are interested in diving into the politics of Edward’s reign.
Find this book

The Reformation during Edward’s reign 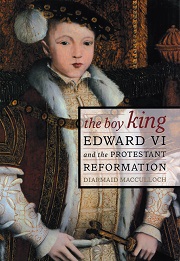 The Boy King: Edward VI and the Protestant Reformation

In this very well researched study, MacCulloch offers a detailed account of Edward’s reign and his influence on the English reformation. He also examines how the men around Edward repeatedly tried to increase their own power – creating instability during Edward’s reign. More importantly, this book clearly explains the significance of Edward’s reign in English history as well as revealing complex partnerships between the king’s ministers.
Find this book

Portrait of the young king 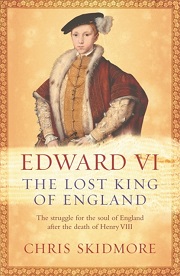 This book is a good companion to Alford’s book, as it delves into the challenges Edward had to face as a king. It also discusses the rebellions that occurred during Edward’s reign, including how his government responded to them. In many ways, it offers a new perspective on Edward’s own personality as it reveals his interest in languages and classical studies. Skidmore also explores how the Church of England drastically changed during Edward’s reign and ponders the real masters behind these changes.
Find this book

Edward VI: England’s Boy King by B.R. Egginton, published by Amazon publishing, (2021), 9798728958826 Find this book
Edward VI by Jennifer Loach, published by Yale University Press, (2002), 9780300094091 Find this book
Dr Estelle Paranque is Assistant Professor in Early Modern History at the New College of the Humanities, part of the Northeastern University Global Network. She has published extensively on Elizabeth I of England, Catherine de Medici, the French kings and queen consorts and Anglo-French diplomatic relations. She is the author of Elizabeth I of England Through Valois Eyes: Power, Diplomacy and Representations in the reign of the queen, 1558–1588 (2019) and Blood, Fire, and Gold: Elizabeth I of England and her French rival Catherine de Medici (2022).