Democracy in the ancient world

How can these resources help you?

Teachers may lack the resources or knowledge to teach democracy in the ancient world. Some feel it belongs with the classics and find it hard to relate to their students’ life experiences. However, it is very useful to introduce looking at the development of democracy and the use of power into the KS3 curriculum: it links to several KS4 GCSE topics and fits with the study of world political history – especially the development of systems of government. The topic also supports the requirement to promote British values in the curriculum by helping students to understand their rights and responsibilities as members of a democracy in the UK.

A definition: democracy in ancient Greece and how it worked 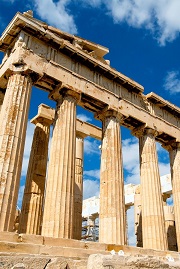 Democracy in ancient Greece served as one of the first forms of self-rule government in the ancient world. The system and ideas employed by the ancient Greeks had profound influences on how democracy developed, particularly in the modern western world. This short resource is an excellent description of the term ‘democracy’ and how it worked in the ancient world. Students could design their own pottery shards and try to apply the principles of ancient Greek democracy within the context of the modern classroom, or expand the system into their own representative body.
Access this resource

A deeper understanding of how democracy worked in the ancient world

This accessible and concise book traces the development of democracy in ancient Greece and explores its underlying principles. Carey assesses the ancient supporters and critics of the democratic system and their counterparts in the modern world. He also describes the main political sites and structures of democracy in ancient Greece. Students could prepare presentations describing how ancient democracy worked and create infographics that clarify the complexities explored in this book.
Find this book 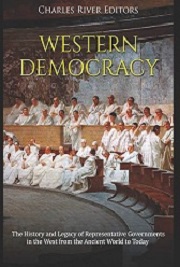 Western Democracy: The History and Legacy of Representative Governments in the West from the Ancient World to Today

Many ancient Greeks would not have recognised any of today’s modern versions of democracy as being truly ‘democratic’. For the Greeks, the key to democracy was active participation by the citizen body in all political aspects of life. With low election turnout rates and widespread disengagement with politics, it could be argued that democracy is dying in the modern world. Students could use this book to compare ancient and modern democracies and create a comparison chart, or they could assess the pros and cons of each system and then have a class debate and vote on which is better. They could also suggest a modern system, using modern technology, that would better match the ancient Greek view of democracy.
Find this book

Rights and responsibilities in a modern democracy 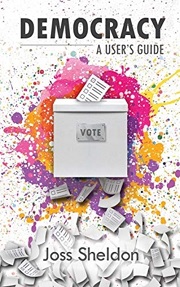 This book looks at what students will need to do if they wish to take part in the democratic process when they are older, usefully tying in the theory and history of democracies to their everyday lives. Sheldon explores present and past democratic organisations and societies, including Summerhill School, Spanish political party Podemos, tribal confederacies and workers guilds. Students could summarise what they have learned and prepare and deliver an assembly on the rights and responsibilities that we share as members of a democracy.
Find this book

The Decline and Rise of Democracy: A Global History from Antiquity to Today by David Stasavage, published by Princeton University Press, (2021), 9780691228976 Find this book
Against Demagogues: What Aristophanes Can Teach Us about the Perils of Populism and the Fate of Democracy (New Translations of the Acharnians and the Knights) by Robert C. Bartlett, published by University of California Press, (2020), 9780520344105 Find this book
Control of the Laws in the Ancient Democracy at Athens by Edwin Carawan, published by John Hopkins University Press, (2020), 9781421439495 Find this book
Christopher Terry is a former Head Teacher and former academic lead for Teaching and Learning in various British and International Schools, and he has been a teacher of History for 15 years. He works as an examiner and also delivers ITT History Teacher Training in the North West of England and Internationally. He also has been a specialist advisor to OFQUAL for History and has been recognised by the Historical Association as an outstanding practitioner.