Crusader queens: the queens of Jerusalem

The history of the Crusades is widely taught as it offers an opportunity to look at many different aspects of medieval history, including cultural interchange, connection and conflict. However, the activities of men tend to dominate, with considerable focus on military history and the role of orders such as the Templars and Hospitallers. Yet women played a very important role in the kingdom of Jerusalem—the construction of laws of inheritance in the kingdom, coupled with the hazards of frequent warfare, meant that many women became heiresses to important lordships, including the crown itself. Understanding the development and legacy of female rule in Jerusalem is vital to understanding the Crusades. The reigns of Melisende, Sibylla and Isabella coincide with key events and are key to teaching the pivotal Second and Third Crusades and the fall of Jerusalem in 1187. It is also a valuable way to bring women back into the picture when teaching the Crusades by demonstrating that the Crusading movement and States were not wholly dominated or led by men. 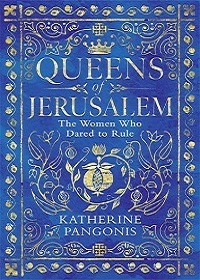 Queens of Jerusalem: The Women Who Dared to Rule

This beautifully constructed new book brings together the first two regnant queens of Jerusalem, Melisende and Sibylla, with a group of important women who all played a key role in the history of the Crusader States. This includes Melisende’s mother Mophia of Melitene, Sibylla’s mother Agnes de Courtenay, Eleanor of Aquitaine, who famously accompanied her husband Louis VII on the Second Crusade and two of the Princesses of Antioch, Alice and Constance. Weaving these figures together to see the connections, interaction and influence between them gives a richer understanding of the significant role that women played in the development and defence of the kingdom.
Find this book

Melisende: defending Jerusalem and her right to the crown 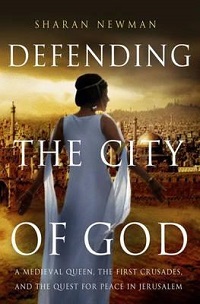 Defending the City of God: A Medieval Queen, the First Crusades and the Quest for Peace in Jerusalem

Melisende often gets the lion’s share of attention in terms of the Queens of Jerusalem – and perhaps rightly so. As the first regnant queen, her accession to the crown marked a fusion between previous elective practices in the kingdom and her father Baldwin II’s desire to establish dynastic succession. This well-researched book explores her long reign, first with her husband Fulk of Anjou and then with her son Baldwin III, and the cooperation and conflict that resulted as she sought to retain her rights as the heiress to the crown, not a consort or regent. Melisende’s reign also coincided with the Second Crusade, a key moment in the kingdom’s history.
Find this book 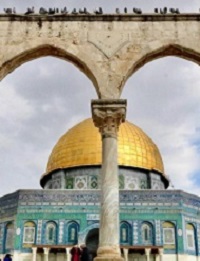 Corporate Monarchy in the Twelfth-Century Kingdom of Jerusalem

This article analyses the partnership of Fulk of Anjou and Melisende of Jerusalem. The royal couple’s rule began on somewhat rocky footing as Fulk assumed his power as king would be complete, while Melisende was keen to defend her rights as the heiress to the crown. Many of the barons of the realm supported Melisende and resented the influx of Angevins who came with Fulk to the kingdom. Eventually, Fulk was forced by the barons and his wife to concede more power to her and to rule jointly – after this adjustment, their marriage and co-rule was far more successful. Jordan uses the idea of corporate monarchy, which is key to royal and queenship studies, to examine their partnership.
Access this resource

We are fortunate that there are several surviving accounts and chronicles which chart the history of the Kingdom of Jerusalem and give us a window into the reigns of some of its queens. 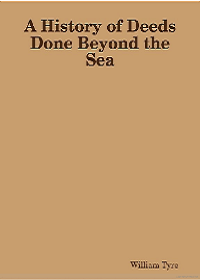 History of Deeds Done Beyond the Sea

by William of Tyre, published by Columbia University Press, (1943)

For Melisende’s reign and Sibylla’s period as heiress to her brother Baldwin IV (the ‘Leper King’), William of Tyre’s History of Deeds Done Beyond the Sea is invaluable – there are several versions of this work both printed and available online. William’s continuators offer perspectives on the coronation of Sibylla, when she famously crowned her husband Guy de Lusignan, against the wishes of her barons.
Read this ebook 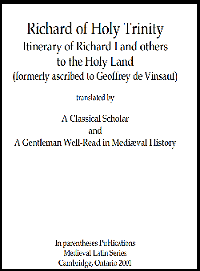 by Unknown (formerly ascribed to Geoffrey de Vinsauf), published by In parentheses Publications, (2001)

The interference of Richard the Lionheart and Philip Augustus of France in the many marriages of Isabella are also important to examine here in the Itinerarum Peregrinorum et Regis Ricardi, a version of which is available online.
Read this ebook 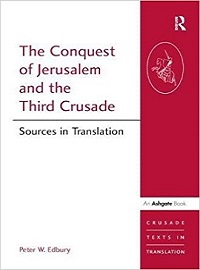 The Conquest of Jerusalem and the Third Crusade: Sources in Translation 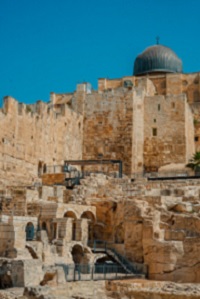 The Crusades - Pilgrimage to Jerusalem

This clip expands on the contest of the Crusades and the tradition of Pilgrimages to Jerusalem.
Watch this clip 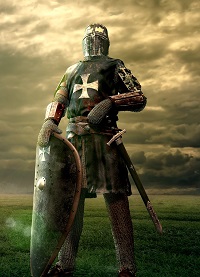 The Crusades - The fall of Antioch

This clip explores the Crusaders' siege of Antioch, whose Princesses, Alice and Constance, are mentioned in this list.
Watch this clip