While Hitler and the Nazis are familiar to most children on their arrival at secondary school, the 20th century’s other great European tyranny, Stalin’s Soviet Union, is not. Russian history in general is relatively unknown in the Western world, so you may be introducing the subject to your class for the very first time. For over a century, the Russians have been perceived as ‘the enemy’. This was the case throughout the Communist era and now, under Putin, it is the case again. For this reason, pupils may need to differentiate between the Russian people and the actions of their leaders.

Stalin reportedly said ‘One death is a tragedy, a million deaths a statistic’ and the unbelievable scale of the cruelties inflicted on the Russian people by his regime is often difficult to grasp. With breath-taking irony, Soviet children were presented with propaganda posters declaring ‘Thank you Comrade Stalin for our happy childhood’. Seeing these events through the eyes of children and young people allows a deeper understanding of the horrors of this great Soviet project in social engineering, as well as encouraging pupils to make that important distinction between the people and the leader. Studying the life of teenagers under Stalin is a good place to start learning about the mechanisms of social control in totalitarian states. Looking at this era of Russian history is also vital in developing an understanding how Putin’s Russia operates today. 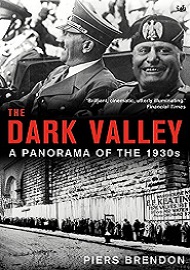 The Dark Valley: A Panorama of the 1930s

Two substantial chapters on Stalin’s Russia in Brendon's highly readable book form an excellent introduction to the great convulsions of Russian history during this decade. Stalin’s Revolution covers the agricultural and industrial upheavals of the Five-Year Plans, the transformation of cities, and the deepening power of the Soviet secret police. The Soviet Purges shows Russia ‘succumbing to lunacy’ – in Brendon’s words – as millions of Russians were executed or worked to death in penal colonies in Siberia. Everyone lived in fear. Soviet law was redrafted so children as young as twelve were subjected to the full range of legal punishment, including torture and execution. Summing up the madness of the time, Brendon quotes an NKVD officer saying ‘Everyone was a traitor until he proved the contrary by exposing someone else as a traitor’. In this world, Soviet citizens were all too easily prepared to denounce colleagues and neighbours.
Find this book 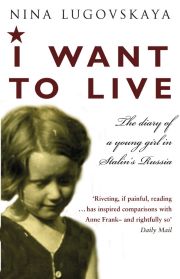 I Want To Live: The Diary of a Young Girl in Stalin's Russia

From 1932 to 1937, Moscow schoolgirl Nina Lugovskaya kept a diary of her teenage years, detailing the upheaval and repression of Stalin’s Russia, alongside the usual joys and sorrows of teenage life. Her story is full of the indignation she feels for the humiliations and injustices of the era. Likened to Anne Frank’s diary of Jewish persecution under the Nazis, this accessible and fascinating account ended when the diary was seized by the NKVD. Lugoyskaya, her mother and her two sisters were sent to the Kolyma penal colony in Siberia. They were lucky enough to survive and Lugovskaya lived long enough to see the demise of the Soviet Union.
Find this book 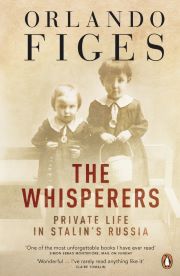 Figes’ compendium of first-hand accounts of the lives of ordinary people during the Stalin era is a heart-breaking but compulsive read. His epic research also provides photographs of many of those featured. The way idealistic children were indoctrinated by the Soviet State is especially fascinating. In one example, when Angelina Yevseyev’s father, a doctor, came home and announced with horror, “They’re going to arrest me,” 15-year-old Angelina parroted the official propaganda line that she had heard so many times: “If you are arrested, it means it is necessary.” He was executed soon afterwards and Angelina's reaction haunted her: “All my life I have lived with the echo of my words”.
Find this book 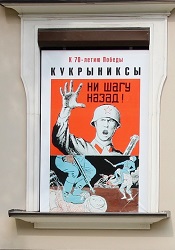 How was Moscow in the Soviet times? Does any sign of the past survive in today's metropolis? Do today's children know what it was like to be a kid in Stalin's russia? This video answers these questions and shows some of the places mentioned by the list's resources.
Watch this clip

Stalin: The Court of the Red Tsar by Simon Sebag Montefiore, published by Weidenfeld & Nicolson, (2014), 9781780228358 Find this book
Everyday Stalinism – Ordinary Life in Extraordinary Times: Soviet Russia in the 1930s by Sheila Fitzpatrick, published by Oxford University Press, (2000), 9780195050011 Find this book
Red Shadow by Paul Dowswell, published by Bloomsbury, (2013), 9781408826249 Find this book
Paul Dowswell writes award-winning historical fiction. His novel Auslander, about an orphaned Polish boy adopted by Nazis on the strength of his ‘Aryan’ appearance, sold throughout the world. Paul gives talks and workshops in schools across the UK and abroad, and is a visiting professor at Manchester Metropolitan University.