British politics in the nineteenth century

Britain in the nineteenth century gets a poor press. For many students, their only exposure to it is via the industrial revolution, which can be taught mainly as an account of appalling conditions in factories, leaving little room for historical analysis. Also, the undoubted injustices of the nineteenth century – slavery, oppressive attitudes towards women, intolerant attitudes towards religious minorities and a lack of voting rights – have sometimes been perceived as difficult to tackle: it is uncomfortable to acknowledge that along with all their apparent modernity (these people had the telephone, photography, audio recordings and cars) many held deeply prejudiced attitudes. Compounding this, the era has traditionally been taught as a progression of acts, administrations and committees – further draining engagement from the subject. But both the era and the politicians operating within it were vitally important in laying the foundations of the modern world, and they deserve to be studied using resources that are engaging and vibrant. 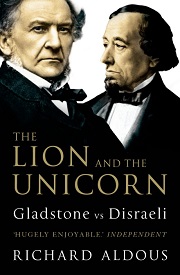 The Lion and the Unicorn

Perhaps the most important book to be written about nineteenth-century politics in a generation, the author’s take on the great rivalry between Gladstone and Disraeli is one that sets aside issues of policy and instead looks at the personal animosity that existed between them. The book completely redefines the light in which these two figures are seen, promoting human responses and reactions to human problems ahead of the usually mooted political and ideological point scoring. The characters are humanised, and Gladstone and Disraeli emerge from the shadows as the crucial actors that they undoubtedly were, but ones motivated by petty slights and small-scale triumphs rather than grand designs. The terms ‘Gladstonian Liberalism’ and ‘Disraelian Conservatism’ still hold weight, but this book is vital in ensuring that the period is reinvigorated with emotion and feeling.
Find this book 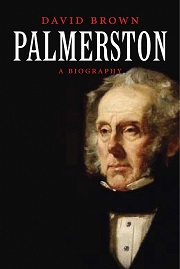 Lord Palmerston died almost precisely half-way through the Victorian era, but no politician – perhaps except Gladstone – did more to shape the age. A young radical, a middle-aged Whig and, in old age, the first Liberal prime minister, Palmerston was a master of foreign policy as Foreign Secretary, a surprisingly progressive Home Secretary, ‘The Man Who Won The [Crimean] War’ as prime minister, a man of the people and a member of the aristocracy. His time as prime minister saw the end of the Whigs as a distinct political force and the beginnings of a new party – the Liberals – who would dominate politics for the next sixty years. Brown’s book is a hugely readable, up-to-date biography that sheds new light on Palmerston and is a welcome addition, given that the previous most significant biography was almost fifty years old!
Find this book

An overview – the era under the microscope 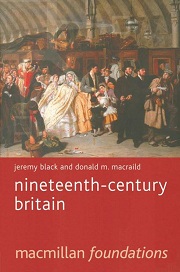 This is quite possibly the book that started the move towards ‘humanising’ the nineteenth century. Wide ranging and detailed, its strength is that it provides information about every conceivable aspect of the era. The notion of the period being just about factories and prime ministers does not stand up to scrutiny once this book is factored in. Of course, the industrial revolution, transport links and political developments are looked at, but thankfully not in minute and tedious detail – the entirety of the industrial revolution, for instance, is covered in twelve pages. In a series of thematic chapters, issues like living standards, urban growth, Victorian morality, music hall culture and sexuality are all included, offering the reader a well-rounded view of the era.
Find this book 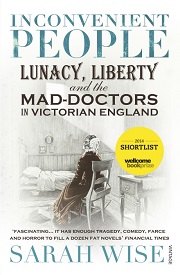 Inconvenient People: Lunacy, Liberty and the Mad-Doctors in Victorian England

While overviews and biographies are necessary, from time to time students need to delve into the experiences and studies of those who don’t grab the headlines. This book is a case study of twelve ‘lunatics’ and reveals a great deal about societal attitudes, state and private provisions for people categorised as lunatics, and the way in which ‘lunacy’ was sought to be ‘proven’. Madness as a weapon is looked at (accusations of madness for criminal ends were common), as is the increased role of the state in diagnosis and care (that term used loosely) of inmates in institutions. Wise’s work is characterised by attention to detail and pithy observations, and the eventual fate of each of the various people, institutions and organisations that she covers is dealt with in depth.
Find this book

A House Through Time - Class and domestic abuse in Victorian Britain

An insight into the Victorian view on domestic abuse with references to a real case which could be used to sparkle a discussion on how and if things have changed compared to today's Britain.
Watch this clip

The Longman Companion to Britain in the Nineteenth Century 1815–1914 by Chris Cook, published by Longman, (1999), 9780582279902 Find this book
The Blackest Streets: The Life and Death of a Victorian Slum by Sarah Wise, published by Vintage (Penguin), (2009), 9781844133314 Find this book
Sybil, or The Two Nations by Benjamin Disraeli, published by Oxford University Press (originally published by Henry Colburn, 1845), (2017), 9780198759898 Find this book
Andrew Weston is the Head of History and Politics at a leading independent school in Surrey. He began teaching in 2002 and is particularly interested in the history of relations between citizens and governments.