Because of how most of us were taught British history at school, most people are unaware that there were Africans in Britain before the ‘English’ arrived. In fact, our school education might lead us to believe that the first generation of Africans to settle in Britain did so in the 20th century but examples of African settlers can be found throughout British history. For example, Ancient Rome is typically seen as an empire of white Europeans but it was always multicultural, and North-African and Middle-Eastern people certainly came to live in Roman Britain.

As you will see, the difficulty of teaching this topic, even for those with the intention to incorporate Black British history into their curriculum, is the lack of titles devoted exclusively to Afro-Romans. However, emerging evidence has meant that interpretations of the past are now regularly being challenged, with more and more resources coming to market. This is an opportunity for you and your classes to piece together the information available to create your own richer curriculum. Black History is part of British History and we must aim to teach our young people a history of Britain that is rounded and accurate.

A comprehensive history of Black Britain 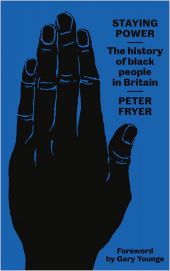 Staying Power: The History of Black People in Britain

Peter Fryer’s seminal book, first published in 1984, rewrote black Britons into British history. It was one of the first titles to deliver a comprehensive narrative of Africans in Britain from the ancient period right up to ‘The New Generation’. Fryer's hypothesis that there had been Afro-Romans in Britain during the Empire, due to the proportions of skeletons found from the time, has been confirmed by recent evidence of tooth enamel oxygen isotopes. Fryer's work has since been built upon by several noted historians such as Miranda Kauffman and Onyeka Nubia.
While discussion of Roman Britain is brief (restricted to the first two pages), the title gives some information about specific Afro-Romans living in Britain at the time of the empire and as a result of its legacy. It provides a useful starting place for an enquiry into Ancient Black British history, but will prove to be an invaluable classroom resource for any teacher looking to provide a more comprehensive and inclusive history curriculum.
Find this book 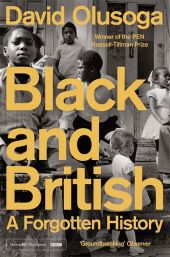 Black and British: A Forgotten History

This ground-breaking book, along with the BBC documentary series of the same name, wonderfully builds on the work of Peter Fryer. Olusoga gives identity to the Afro-Romans, describing their origins and status. ‘Ivory Bangle Lady’, who was of mixed-African heritage and lived in Roman York in the 4th century, and ‘Beachy Head Woman’, a third-century Afro-Roman who grew up and died in East Sussex are worthy case studies for this topic. Rome was a vast empire and the migration that took place between different parts of the empire are effectively drawn out in this title. Furthermore, the misconception that all Africans who came to Britain were slaves is conclusively refuted.
This book can be used to deliver an enquiry on migration, but I have also seen it used to explore a 'similarity and difference' question on Roman Britain entitled: How Roman were the Romans?
Find this book 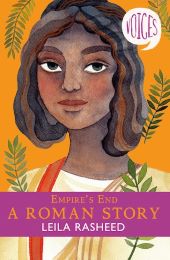 The aim of the 'Voices' series is to explore, in fiction, key periods in the National Curriculum for History from the point of view of the BAME communities who were in Britain but sidelined from its ‘mainstream’ history. This story follows Camilla, a North-African girl, who comes to Britain in the entourage of the Emperor Severus, the ‘black emperor’ who was also from North Africa. It’s a gripping tale, and gives a view of Roman rule and the peoples it brought together.
Find this book 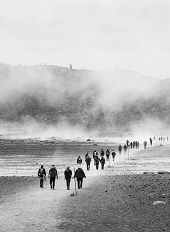 This website is a great resource to learn more about the Africans living in Roman Britain during this period, as well as much, much more. Its timeline structure puts case studies into historical context and includes depth studies of many figures through time, including ‘Ivory Bangle Lady’. Here, you will also find links out to other useful websites.
Visit the website 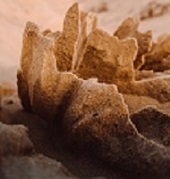 Archeological evidence proves the presence of black people in England during the Roman era.
Watch this clip

The History of the African and Caribbean Community in Britain by Hakim Adi, published by Wayland, (2020), 9781526317971 Find this book
Black British History: New Perspectives by edited by Hakim Adi, published by Zed Books, (2019), 9781786994264 Find this book
Joshua Preye Garry is Deputy Head of History at a prestigious London school. He has played a key role in developing a KS3 curriculum that reflects the backgrounds of the school’s student body. His curriculum features Black British History, Medieval African Kingdoms and the US Civil Rights struggle. Josh has worked on a number of inspirational projects with respected individuals within the Black History field, including Professor Hakim Adi, Dr Toby Green, Miranda Kaufmann and Jason Todd to raise awareness of the importance of Black History in schools.