Arabic science and The House of Wisdom

The majority of school history, especially that which centres on science and medicine, tends to be taught from a western point of view, focusing on European practitioners. However, this ignores the events and developments that took place in other cultures and can mean that pupils consider certain time periods and themes only from a western perspective. By looking at the developments in knowledge from different societies we can reframe our Euro-centric historical understanding. It can often feel overwhelming to research and teach the history of an unfamiliar culture or country, so by focussing on one event, or in this case one institution and its scholars – the ‘House of Wisdom’ (Bait-ul-Hikma) – we can ground and focus our study.

The House of Wisdom

The House of Wisdom: How Arabic Science Saved Ancient Knowledge and Gave Us the Renaissance

Arabic science and medicine thrived during the middle ages, while Western Europe experienced the ‘dark ages’. Some of this innovation centred on ‘The House of Wisdom’, established in Baghdad in 830 AD. Here scholars made numerous scientific and technological advances in mathematics, medicine, astronomy and chemistry, including developing the techniques of distillation and crystallisation still used today. They also developed the basis of the scientific method that is the cornerstone of modern science. Scholars translated and disseminated knowledge from other cultures, in some cases preserving knowledge that would otherwise have been lost, such as Greek science texts written 1,000 years earlier. In this illustrated book Al-Khalili details how innovations that we consider to be ‘Western’ achievements had their origins firmly in Arabic science. This is a good opportunity to discuss with pupils how scientific knowledge and discoveries continually build on previous knowledge – they are not one-off events.
Find this book 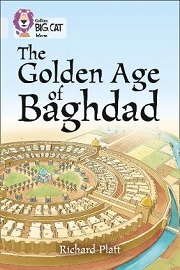 The Golden Age of Baghdad

This book is suitable for KS2 and KS3. It provides a great overview for pupils, not only of the scientific and medical advancements, but also a picture of what life was like at the time for ordinary people, from schools to clothing. The impact of the 'golden age' of Baghdad on science and maths, as well as our language and culture today is discussed, illustrating how different cultures have fed into all aspects of our society. The book goes on to outline the changes that contributed to the decline of the city and the House of Wisdom, including the Crusades, Mongol invasion and natural disasters. This is a good opportunity to discuss with pupils why some countries carried out more scientific research than others and what may cause this to change over time. What factors are needed to facilitate the study of science and maths? You could discuss the quote by the Arab historian Ibn Khaldun (1332–1406) 'Science thrives in only affluent societies'. Do pupils think this is still the case today?
Find this book 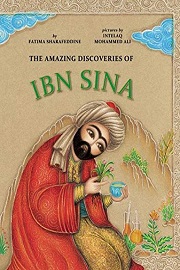 The Amazing Discoveries of Ibn Sina

This wonderfully illustrated book goes into detail about the life of Ibn Sina (980–1037), known in the west as Avicenna) a hugely important figure in the development of medicine and understanding about the body. Ibn Sina was one of the many scholars associated with the House of Wisdom in Baghdad. He was strongly influenced by the work of Galen and Hippocrates, producing new medical knowledge based on their publications. Ibn Sina wrote The Canon of Medicine, thought by some to be the most influential medical book of the Middle Ages. It was used for teaching medicine for several centuries in both the Arabic world and Europe. He developed a system of medicine known today as holistic medicine, in which physical and psychological factors, drugs and diet are combined to treat a patient.
Find this book 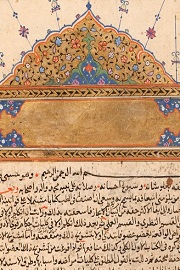 World Digital Library: The Canon of Medicine by Ibn Sina

published by The U.S. Library of Congress

A copy of The Canon of Medicine is available to view online, providing pupils with the opportunity to study and analyse this ancient object. Despite the fact that many pupils will not be able to read the Arabic text, they can use their detective skills to see what they can deduce from the object itself. Can they make an educated guess about who it was meant for – ordinary people or scholars? Why was it decorated in the way that it was? What is it made of? Are there any similarities to textbooks today? (for example, they could look out for headings and coloured key words). Is there anything missing here that you might expect to see in a medical book? Is there any indication of changes to the text after it was copied? Lastly, they could look at details from the archive to see what extra information that provides.
View the text online 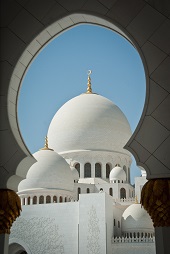 This clip explores the very high rank in which medicine has always been held in by all representatives of Islamic societies.
Watch this clip

Destiny Disrupted: A History of the World Through Islamic Eyes by Tamim Ansary, published by PublicAffairs, (2010), 9781586488130 Find this book
Ibn al-Haytham: The Man Who Discovered How We See by Libby Romero, published by National Geographic Society, (2016), 9781426325007 Find this book
Rose Parkin is a freelance science editor, working in educational publishing. She is also a medical history and humanities student, studying for an MA at the University of York.