Anglo-Saxon slavery before and after the Conquest

The Black Lives Matter movement, reinforced by the killing of George Floyd, led to waves of protest in the USA and UK in 2020 – and a re-evaluation of historic links to slavery. The toppling of the Victorian statue of Bristol slaver and city benefactor, Edward Colston, sharply highlighted the contradictions of Britain’s slaving past. Notably, it drew attention to how the wealth amassed from slavery financed aspects of the Industrial Revolution. Similar debates took place during the British abolition campaigns of the late-18th and early-19th centuries. Historians questioned why their ancestors – freeborn Anglo-Saxons – partook in such practices. In both cases, we are forced to confront our shameful past.
Pupils may know about the existence of serfs, but are probably unaware that there were also enslaved people in Anglo-Saxon England. Slavery was a major feature of Anglo-Saxon society: the Domesday book indicates that at least 10% of the English population and perhaps as much as 25% were enslaved, and Bristol and London had thriving slave markets in 1050. However, this controversial topic is still often ignored in school texts and popular histories of the Conquest period. 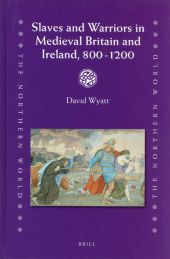 Slaves and Warriors in Medieval Britain and Ireland, 800–1200

Wyatt argues that a major reason for slavery has been deeply underplayed – the prestige offered to the slave owner. In Anglo-Saxon warrior culture, successful wars or raids, and the taking and enslaving of captives, reinforced the reputation of the nobility. The Anglo-Saxon Chronicle, for instance, tells us that ‘following the capture of Alfred the Aethling in 1036, Earl Godwine sold some of Alfred’s companions for money’.
Usefully for teaching, Chapter 1 (pages 23–35) gives a brief case study of slavery in Anglo-Saxon England and the historiography of the issue. Fascinating details explain that enslaved people could be either captives, born into enslaved families, or punished criminals; that they were not just ploughmen but could also be skilled workers such as millers or seamstresses; that they could be harshly punished or sexually abused; and that slaves were likely held by all classes of freemen and women, not just the powerful thegns (much like a lower-middle-class Victorian family might keep a single maid).
This book is expensive to purchase online, but is available through various institutions via Brill’s open-access platform, as well as via the Inter Library Loan scheme.
Find this book

Not a golden age 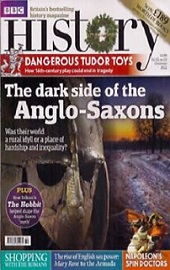 The Dark Side of the Anglo-Saxons

Originally published in BBC History Magazine’s Christmas 2012 issue, this short online article unpicks the mythology of the pre-conquest Anglo-Saxon ‘golden age’, as idealised in J.R.R. Tolkien’s The Hobbit. Lavelle emphasises that, on the eve of 1066, ‘English society was as sharply hierarchical as that of Normandy, if not more so.’ He contrasts the extreme wealth and power of the great magnates with those on the bottom of society, the enslaved. The elite had huge land holdings and flaunted their riches with jewels, silks and exquisitely decorated swords, while enslaved people might be taken in raids, or sell themselves into slavery in times of famine. They had little chance of ever escaping their grim lot. You can read this issue by subscribing to History Extra for free, and can access all previous issues of the BBC History Magazine with a full subscription.
Read this article 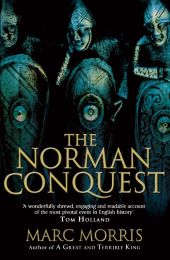 In this substantial history of the Conquest, Morris includes accounts of contrasting Anglo-Saxon and Norman attitudes to slavery. In Chapter 2, A Wave of Danes, Morris largely concurs with Wyatt’s and Lavelle’s views. However, in Chapter 17, The Edges of Empire, he argues that the Normans had given up enslaving people by the early 11th century, abandoning the habits of their Viking ancestors. This, he explains, did not happen quickly or easily in England. For example, the Domesday book shows the slave market at Lewis paying William four pence for every enslaved person sold. However, Williams’s moral tutor, Archbishop Lanfranc, gradually persuaded him to end the trade.
Find this book

Source material from the period 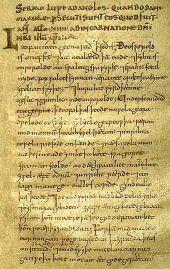 Wolf to the English, A Sermon by Archbishop Wulfstan

This famous sermon, given in 1014 AD about the Viking peril, includes the denunciation of escaping enslaved people. However, there is also an intriguing paragraph about freemen and property-owning enslaved people both losing their rights to the Danes.
The Archbishop Wulfstan – not to be confused with Wulfstan, Bishop of Worcester, mentioned in the Further reading – died in 1023 AD.
Visit the website 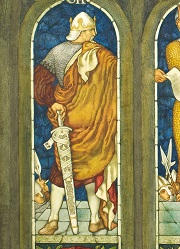 Domesday - What questions did it ask?

This video explains why the Domesday Book was so important to the conquerors, and how its inventory of individual properties proves that slavery was a widely used institution in Anglo-Saxon Britain.
Watch this clip 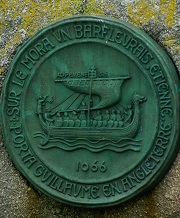 Domesday - Why was Domesday book commissioned?

This clip explains how the Domesday Book was a tool for control commissioned by the conquerors, and how it proves that slavery was widely implemented in Britain even before the conquest.
Watch this clip

Normans and Slavery: Breaking the Bonds by Marc Morris, published by History Today, (2013) Read the article
The Bishop who fought slavery, published by BBC Hereford & Worcester, (2007) Read the article
Peter Hepplewhite is a retired teacher, and museum and archive education officer with a particular interest in local history. Since retirement, he has been working with schools to deliver short, cross-curricular projects for Key Stages 2 and 3, covering aspects of the First and Second World Wars.