The Tudor image of their defeated enemy, Richard III, exemplified by Shakespeare’s infamous portrayal, still lingers in the British mind: the murderous, conniving ‘hunchback’ is an enduring image. However, to accept this at face value is to miss a great deal of what Richard’s story has to offer. The recent discovery and reburial of the king’s remains created a resurgence of interest in this tumultuous period, and there is a wealth of scholarship and ample interpretations of Richard’s reign. How are students to decide which portrayals to believe and which to reject? These resources will help students weigh up the facts with a wider range of evidence and interpretations. 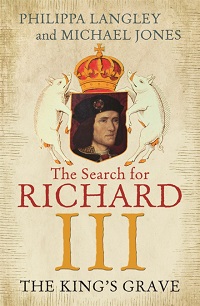 The Search for Richard III: The King’s Grave

Langley led the search to find Richard’s remains, and her book alternates chapter by chapter between the engaging story of the quest of discovery and Jones’ compelling reassessment of Richard’s reign. It is an excellent place to start to engage in the story and history of Richard III. (There is also a DVD documentary of the discovery, listed in the further reading.)
Find this book 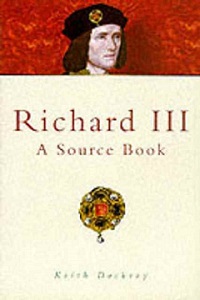 This excellent selection of primary-source material enables the reader to look at the man behind the myths and build a more realistic picture of Richard’s reign. The extracts are grouped into themes that provide a comprehensive look at his life and rule, and there is an invaluable introduction on how to understand the key primary sources and the evolution of the Richard III narrative and his reputation.
Find this book 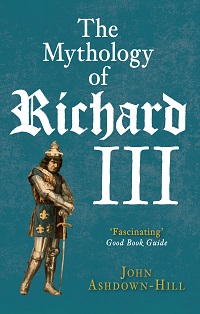 The Mythology of Richard III

Awarded an MBE for his key role in the rediscovery of Richard III, Ashdown-Hill is the historian who discovered Richard’s mtDNA sequence in 2004. In this book, he draws on his extensive research to challenge the myths about Richard and to offer an alternative view. It also provides insight into the role of the historian and the challenges he faced. I like his conclusion: ‘So it seems that the problem of the mythology of Richard III is ongoing. The task of dealing with it must pass into the hands of you, the readers. When you encounter the myths, please refer to the evidence presented here – or go in quest of new evidence – and do your best to bust them!’
Find this book 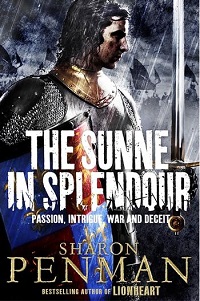 The Sunne in Splendour

Penman’s enthralling and richly researched historical fiction is a sympathetic portrait of Richard III, offering a compelling contrast to the Shakespearean depiction of Tudor propaganda. The novel follows Richard’s story from an early age, with a strong focus on the ties of family, and portrays him as a man of firm principles who was ill at ease among the machinations of court.
Find this book