In the run up to the Trump administration, the US–Mexican border became centre-stage in a flagship policy in Trump’s promise to ‘Build a Wall’. What struck me while researching this topic were the extreme levels of poverty in Mexico, far beyond my perceptions, and giving rise to the push and pull factors that lead people to risk everything in search of a better life. An ideal case study for students from KS3-5 when studying migration. These resources help make sense of the motives, and the demographics of those that make it, and the harsh lives of those that don’t. As well as statistics, real-life stories of people behind the headlines are examined from the points of view of all involved in this desert border between poverty and wealth.

A journey along the length of the border 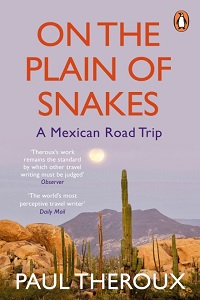 On the Plain of Snakes: A Mexican Road Trip

This book is the perfect starting point. The writer travels the length of the US–Mexican border, before dropping down into the Mexican hinterlands. What is surprising is the blurred nature of the border. Despite being renowned as one of the world’s hardest borders, the writer finds that it is actually quite porous. In Chapter 1 ‘Borderlands’ the writer meets migrants, border guards and the communities that straddle the border. This resource gives great context in terms of the push and pull factors that lead to migration, particularly as the writer leaves the border and heads south. Of particular interest here is that people in some of the least developed regions, by income, are poorer than their Bangladeshi and Kenyan counterparts. This challenges student perceptions of Mexico that may have been formed by film or tourism.
Find this book

Both sides of the argument 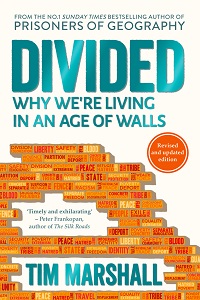 Divided: Why We’re Living in an Age of Walls

Chapter 2 ‘Build that Wall!: USA' explores Trump’s rationale for strengthening the border with Mexico, with a discussion on religious and ethnic inequalities in American society. The writer predicts that any such wall is unlikely to curb illegal migration. Those that oppose the wall state that it goes against the American values of freedom, liberty and equality and an America for all, yet those that support it argue that it seeks to defend these values from outside forces. It goes beyond this however, in that it taps into the fear that the USA will no longer be a white majority country during the course of this century. The book will assist in making sense of many other divisions across the world, including Africa, The Middle East, India and Europe.
Find this book

Life back on the other side 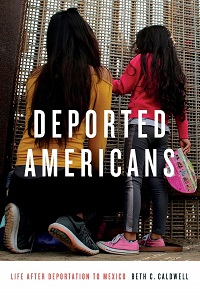 Based on a seven-year research project, this book analyses the impacts of US immigration policies that have deported thousands back to Mexico, despite in many cases, the USA being the only country they know. Many have Green Cards and have served in the US military. The writer explores the effects on deportees once they reach Mexico, including depression, drug use and homelessness. The book is summarised in the first quote we come across; 'I am an American at heart. It’s the paperwork stating that I am an American that I regretfully lack.' The book ends in calling for legislative reforms based on the troubling findings and is an excellent resource to demonstrate contrasting levels of economic development between neighbouring countries.
Find this book 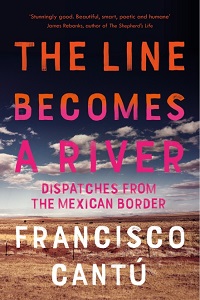 The Line Becomes a River: Dispatches from the Mexican Border

This book is the memoir of a US border guard between 2008 to 2012. It has some very sad stories that reach behind the headlines to reveal the tragic experiences of those attempting to cross the border and the human stories behind the statistics. Reviews of this book reflect on its lyrical nature, one describing it as ‘Beautiful, smart, raw, sad, poetic and humane’. The stories of the migrants are perfect for engaging students into the topic of migration in general and allowing them to develop their own empathy towards those that take the risks described here in search of a better life.
Find this book

Ukrainians have arrived at the U.S.-Mexico border by the thousands by Adrian Florido, published by NPR, (2022) Access this resource
Mexican Immigrants in the United States by Emma Israel and Jeanne Batalova, published by Migration Policy Institute, (2020) Access this resource
Record surge in migrants attempting to cross US-Mexico border by BBC News, published by YouTube, (2021) Watch this video
David Newell is Head of Geography at Millais School in Horsham, West Sussex. He has held the GA’s Secondary Geography Quality Mark since 2015, and has worked as a Specialist Leader in Education, advising schools on improving their Geography provision.